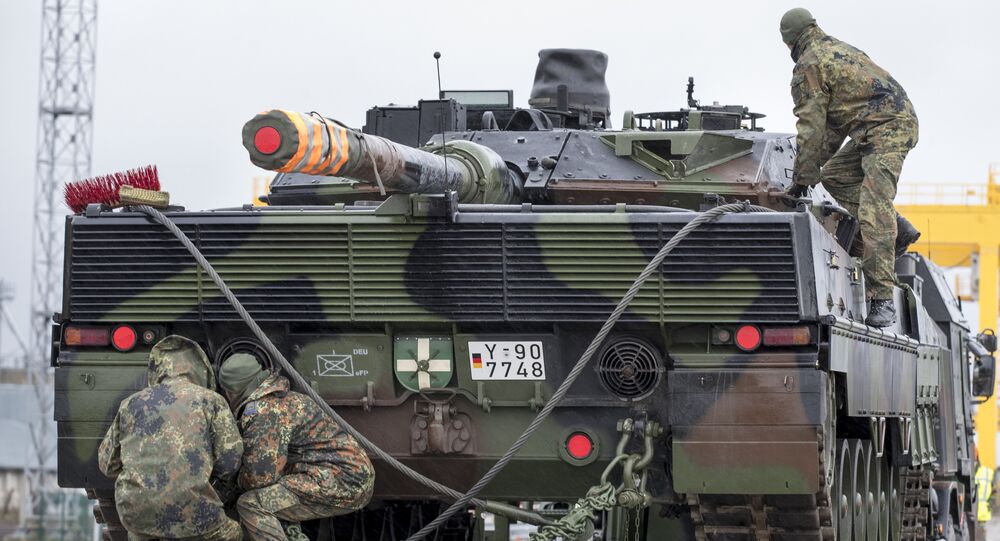 Ahead of July’s NATO summit, the US President fueled the buzz about the row within the bloc over agreed-upon military spending targets, as he sent his letters of discontent to several European leaders, including Chancellor Angela Merkel. In response, Germany’s military chief lectured Trump on what alliance means and played down his rebuke.

Since the beginning of his term, Germany military spending has been a consistent target of US President Donald Trump for being  far less than the NATO guideline of 2% of gross domestic product (GDP). This irritation prompted the president to write a letter of discontent, which he sent to Angela Merkel ahead of the NATO summit. But German Defense Minister Ursula von der Leyen has stood up for Berlin’s army budget, which totals percent of GDP, and pointed out that the contribution to the common defense can’t be measured only in “cash.”

At the same time, she confirmed that Germany is committed to reaching the spending target set by the NATO allies at the 2014 summit in Wales, where the allies agreed to increase military spending by up to 2% of GDP by 2024.

Although Von der Leyen earlier claimed that Berlin would increase the defense budget to 1.5 percent of GDP by 2025, it is still half a percent below the target share.Germany’s current spending over recent years which makes up  1.2 percent of GDP, has evoked criticism from other NATO states.

After slamming Germany and other countries, that failed to meet the requirements, on Twitter and in his public statements for months, one of the most vocal critics, Donald Trump, expressed his demands and complaints in official letters, which were sent to the Western European leaders ahead of the NATO summit scheduled for July 11-12 in Brussels.

According to The New York Times’ report this week, in his message to German Chancellor Angela Merkel, he pointed at “growing frustration in the United States.”

“Continued German underspending on defense undermines the security of the alliance and provides validation for other allies that also do not plan to meet their military spending commitments, because others see you as a role model," Trump allegedly wrote in the letter.

Although the German military chief confirmed receiving the letter, he has dodged critic and attempts to escalate the row.

“The letter — that was not sent not just to us but also to other European countries — shows that there is interest in the issue, it shows how relevant NATO is, and underlines the common goal,” she stated, according to the Financial Times, while also rejecting speculations that the US President is withdrawing troops from Germany.