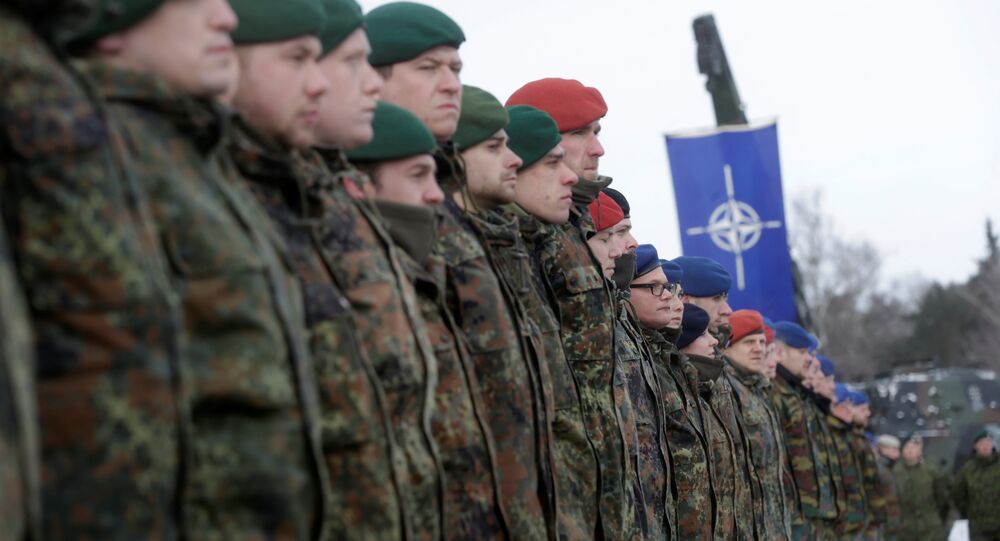 The federal budget draft suggests multibillion increase in defense spending for 2019. Over the recent time, the German military has been struggling to cope with shortages in armor and equipment as well as pressure from its NATO allies, who criticized the country for breaking promises on target budget.

The proposed 2019 German federal budget, which is to be presented by Social Democrats (SPD) Finance Minister Olaf Scholz, has reportedly set aside $51.2 billion aside for the military. As the German business newspaper "Handelsblatt" reported and the German Press Agency (DPA) confirmed, this is not only $4.7 billion more than Germany is slated to spend on its army in 2018, but it also exceeds previously proposed increase for 2019 by $785 million.

Despite the row over stricter migration and border controls between Chancellor Angela Merkel and Interior Minister Horst Seehofer, which impacted the ruling German coalition between the CDU and CSU parties, Scholz wants to hold a special government session on the 2019 budget before the summer break. The German Parliament is to revise and pass the draft before autumn.

This issue of defense spending has been one of the major sources of disagreement between the SPD and Merkel’s CDU/CSU, who form the grand coalition government in Germany. The previous, less generous military budget proposal was strongly opposed by von der Leyen. She criticized it for being inadequate and pointed out the insufficient financing earmarked for the country’s military forces, the Bundesweher.

While Germany is slated to take command of NATO's crisis response force in 2019, its military is facing major shortages of basic military supplies. The list of shortfalls also includes fighter aircraft struggling to operate at night, pilot attrition within the Luftwaffe and just four out of 128 Eurofighter Typhoons ready to fly combat missions. The problems aren't limited to the German Air Force.

"Less than half of the 224 Leopard 2 tanks are ready to roll and a mere five of the Navy's 13 frigates are seaworthy," according to the German Defense Ministry's "Report on the Operational Readiness of the Bundeswehr's Primary Weapon Systems 2017."

Additionally, Berlin has been under pressure from US President Donald Trump, as well as some other NATO members for spending far less than the 2 percent of GDP requirement, NATO members agreed to in 2014.

The New York Times reported on July 2 that US President Donald Trump has sent letters to the leaders of some NATO states, including Belgium, Canada, Germany and Norway, to express Washington's discontent over the countries' non-compliance with their obligations to increase defense spending. Germany got a special black mark from Trump, according to the media.

"As we discussed during your visit in April, there is growing frustration in the United States that some allies have not stepped up as promised…Continued German underspending on defense undermines the security of the alliance and provides validation for other allies that also do not plan to meet their military spending commitments, because others see you as a role model," Trump wrote in his letter to German Chancellor Angela Merkel, in particular.

Germany has kept defense spending at just 1.2 percent of GDP in recent years. Von der Leyen announced the country would increase the defense budget to 1.5 percent of GDP by 2025, still half a percent below the target share.