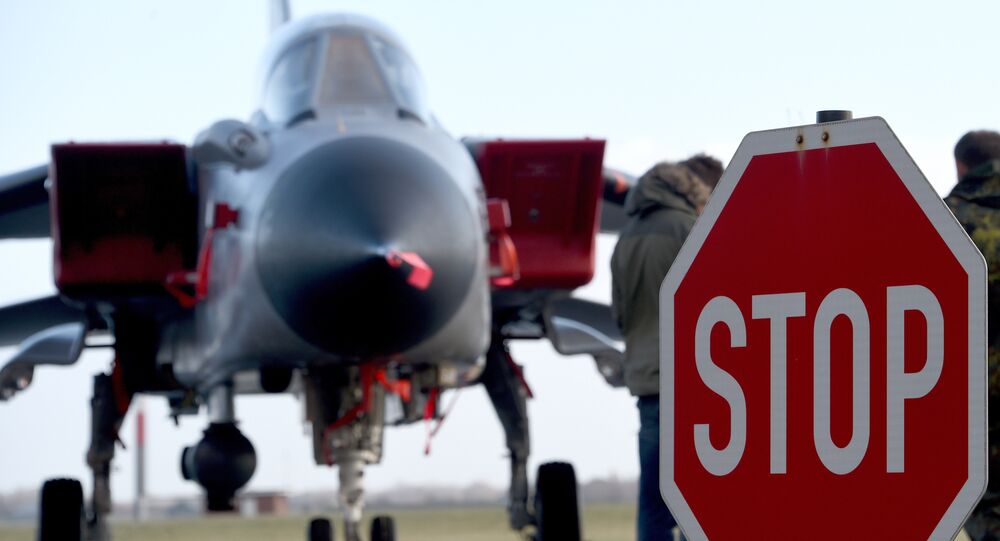 Germany is under mounting pressure to tackle equipment shortages in its military that fellow NATO nations fear is eroding the country’s combat capability, Reuters reported.

The German air force’s planes are in a sorry state and the country needs urgent funding to modernize them, the air force chief of staff, Lt.-Gen. Ingo Gerhartz, told a meeting of industry executives, military officers and lawmakers in Berlin on Wednesday.

“The Luftwaffe is at a low point,” Reuters quoted Gerhartz as saying.

Gerhartz said this assessment was based on a series of inspections of the country’s air force sites and discussions with military personnel.

“Aircraft are grounded due to a lack of spare parts, or they aren’t even on site since they’re off for maintenance by the industry,” he noted, adding that an inspection of Eurofighter multirole combat jets had taken a whole 14 months, twice  as long as than originally planned, which he said was unacceptable.

© AP Photo / Michael Sohn
German Newspaper Reveals Disastrous State of Bundeswehr
In May, the weekly newsmagazine Der Spiegel reported, citing military sources, that most of Germany’s 128 Typhoon multirole fighters were unavailable for training and combat use.

The author of the Spiegel story concluded that with technical problems being so prevalent, the Luftwaffe may be unable to perform its combat duties in the event of a conflict.

Chancellor Angela Merkel has forecast steady increases in German military spending in coming years in a bid to bring the country’s defense budget in line with its pledge to meet a NATO target of moving toward spending two percent of GDP by 2024.