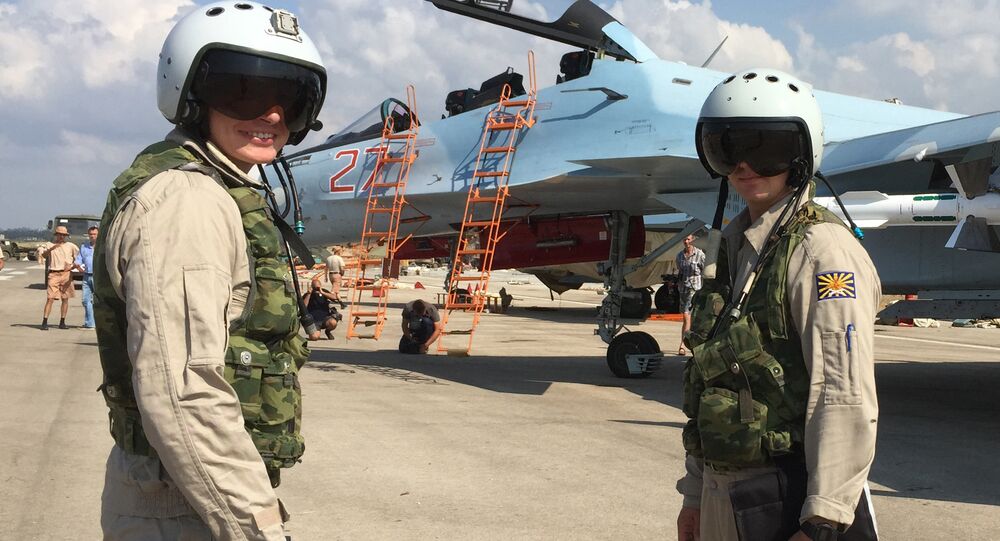 Russia’s experience in Syria will be put to full-scale use while preparing military servicemen, according to Russian President Vladimir Putin.

"Over the past few days, 13 aircraft, 14 helicopters and 1140 personnel have been withdrawn. All of them are people who have experience and have passed the test by fighting. Both you and your colleagues will make full use of this experience for the combat training of personnel here on Russian territory, to work out the most difficult non-standard tasks," Putin said at an assembly of graduates of military universities in the Kremlin, emphasizing that the process is ongoing.

The Russian president has promised to increase monetary allowances for servicemen, as well as to solve some social problems.

"The state will develop a system of social guarantees for servicemen, officers and their families," he said, adding that indexation of monetary allowances has been made since January 1, 2018.

The Russian Armed Forces will receive Avangard strategic missile systems in the near future, while the new intercontinental missile Sarmat will enter service in a year, Russian President Vladimir Putin said.

"A number of Russian-made armaments are years, maybe, even decades ahead of their foreign analogs. As you know, the newest Kinzhal aviation complex has been deployed in the Southern Military District during its pilot phase. The Russian army will receive Avangard intercontinental missile systems in the near future and Sarmat in a year. This is only part of the modern armaments which will exponentially increase the capabilities of the Russian army," Putin stressed.

© Photo : Youtube / Минобороны России
WATCH Test-Launch of Russia's Newest Sarmat ICBM
In its development of unique, next-generation equipment that is to be used by its forces, Russia "has achieved a decisive breakthrough," according to the president.

Putin recalled that six years ago the share of modern weapons and equipment in the army and navy did not exceed 16%.

"Today it is approaching 60%. And the accelerated rates should allow us to reach the planned figures of 70% by 2021," Putin stressed.

A number of Russia’s domestic weapons systems will exceed their foreign equivalents for years, perhaps decades, he said.

"So, in the Southern Military District, the newest aviation complex Kh-47M2 Kinzhal is in trial service," Putin said.

© Sputnik / Vladimir Fedorenko
Russia May Renew 'Satan' Missile Launches to Place Satellites In Orbit
Earlier in March, President Putin affirmed that 14 regiments of the strategic missile troops would receive the new Yars ICBM system to replace the Topol before the end of the year.

The Aerospace Forces will also get improved Tu-95MS and Tu-160 missile-carrying strategic bombers equipped with Kh-101 and Kh-102 long-range conventional and nuclear missiles, according to the president.

Putin also urged the defense sector to prepare for the manufacture of the new S-500 anti-ballistic missile system, assumed to be capable of intercepting targets, including satellites, in near space.

The new equipment is set to be delivered despite a 20 percent cut in Russia's defense spending between 2016 and 2017, from about $65.4 billion to about $48 billion per year.