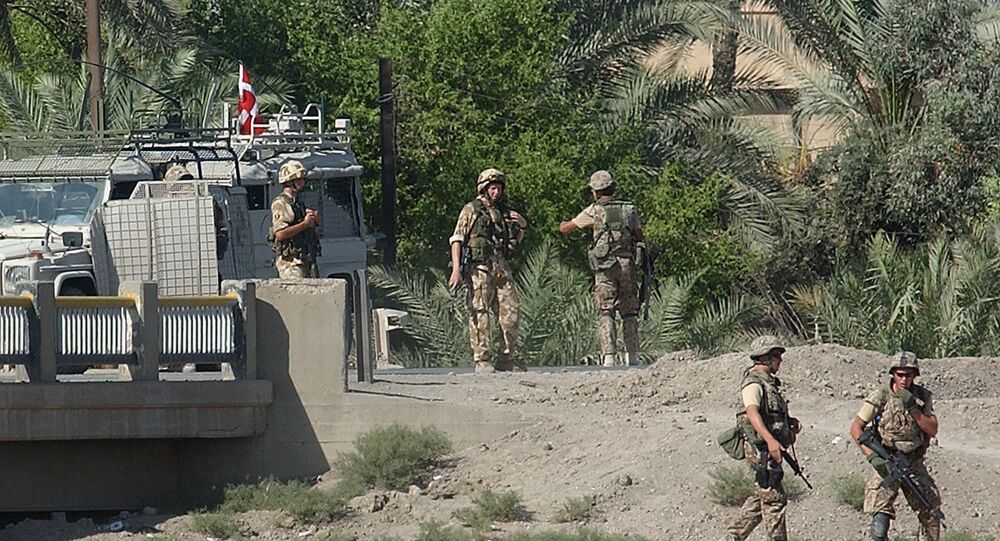 While presenting this step ahead of the upcoming NATO summit, Danish Foreign Minister Anders Samuelsen described the move as "fighting terrorism in the South" and containing "Russian aggression" in the East.

The Danish government has voiced its readiness to increase, if required, its military contributions to Iraq and the Baltic States as part of Denmark's international engagement in the coming years, TV2 channel reported.

Denmark, if asked, may increase its personnel stationed in Iraq to train Iraqi troops with 15 men, Foreign Minister Anders Samuelsen of the Liberal Alliance and Defense Minister Claus Hjort Frederiksen of the Liberal Party stated during a meeting with the parliamentary foreign policy committee.

Samuelsen also mentioned sending extra troops to the Baltics as an option. The exact size of the reinforcement was not mentioned, however.

The committee has given the government the green light to move forward with the plans, which will be presented in more concrete form prior to the upcoming NATO summit, in which both ministers will participate. The summit will be held in Brussels on July 11-12 with cyberattacks, terrorism and hybrid threats expected to dominate the agenda.

"We have said it before that we would like to continue with this force we have in Estonia. And we have committed to continuing our participation in Iraq and Afghanistan with training missions," Claus Hjort Frederiksen said.

In May 2018, Denmark announced a decision to pull around 60 special forces from Iraq, as most areas once controlled by Daesh* have been liberated. While the gradual pullout is expected to be completed in late autumn, Denmark still retains around 180 military personnel stationed at al-Asad air base and contributes to radar surveillance and training Iraqi security forces as part of the international effort Operation Inherent Resolve.

Another 200 Danish soldiers are stationed at the Tapa base in Estonia as part of NATO's 4,000-strong Enhanced Forward Presence group tasked with lending extra protection to the Baltic States. Not only does Denmark's contribution to Estonia exceed that to the Middle East, but the Danish soldiers have also been warned to beware of Russian "honey traps" that is seductive female intelligence agents looking for sensitive information.

Recently, Denmark has come under pressure from NATO and the US to deliver more to the alliance. Denmark's military spending currently hovers at about 1.1 percent of its GDP, which is well below NATO's joint commitment of 2 percent and US President Donald Trump's desired spending level of 4 percent.

Claus Hjort Frederiksen pointed out that if rated by defense expenditure per capita, Denmark ranked at a respectable fifth place in NATO behind the US and Norway.