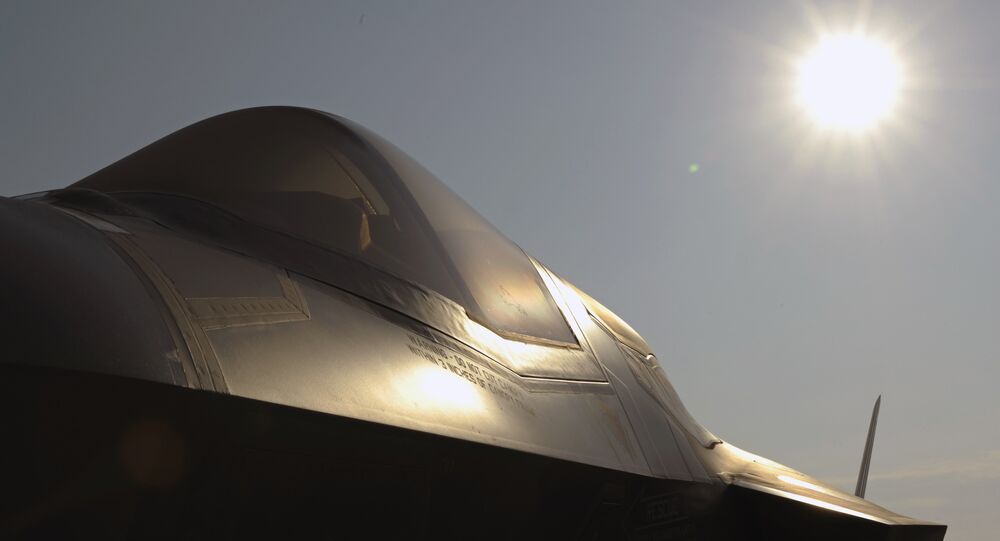 The Marines' F-35B STOVL fighter has finally been written off after the Corps calculated that the cost of repairing the $122.8 million plane wouldn't be worth the investment.

The Marine Corps' F-35B was grounded at Marine Corps Air Station Beaufort on October 27, 2016, after a midair fire caused by a faulty weapons bay bracket rendered it unsafe to operate.

According to the Marine Corps Times, the lost F-35B is the first loss of the plane for the Corps, but has not been officially listed as such because it may still be used as a trainer, for maintenance or as a museum piece.

"With the specific F-35 B involved in this discussion, the Marine Corps' cost-benefit analysis determined the repair costs would not yield a sufficient ROI [return on investment] to justify the expenses," Corps spokesman Capt. Christopher Harrison told the newspaper.

© REUTERS / Gary Cameron/File Photo
US Refusal to Supply F-35s to Turkey Will Do Ankara Great Favor – General
An investigation into the 2016 incident determined that a faulty bracket grazed electrical wiring near the plane's hydraulic lines, with an electrical short igniting a small hydraulic leak and causing a mid-air blaze. The aircraft's pilot noticed the malfunction in time and was able to land safely.

The full-scale production of the Lockheed Martin F-35 Lightning II fifth-generation stealth fighter is expected to start in 2019, with a final decision on the matter expected in October. The total lifetime cost of the program is expected to run a staggering $1.5 trillion, making it indisputably the single most expensive piece of military hardware every created. Furthermore, numerous technical faults with the aircraft and the expense of correcting them has made some US allies nervous about the investment. An estimated total of 300 planes have been built and delivered as of June 2018.