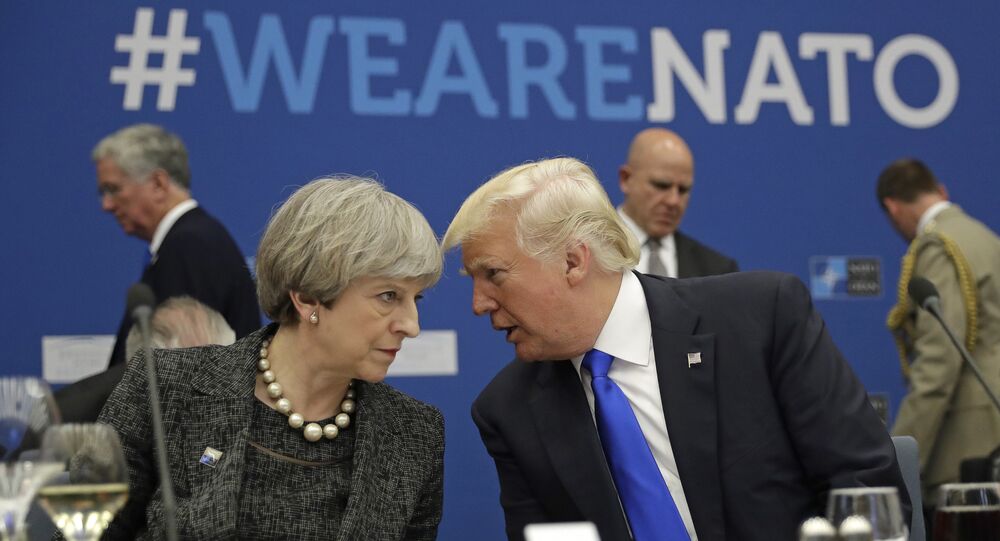 "Diminished capacity reduces the UK’s usefulness to the US and our influence within NATO," a new UK government report suggests.

Britain's Defense Committee has called for return to the mid-1990s level of spending on national defense and security. In its report Beyond 2 per cent: A preliminary report on the Modernizing Defense Program, the lawmakers indicated that anything less than 3 percent of the GDP allocated for military spending is not an option for Britain.

"Defense spending is an area where a strong message needs to be sent to our allies and adversaries alike. The Government has consistently talked about increasing the UK's commitment to NATO after our departure from the European Union. An increased commitment, in the face of new and intensified threats, means that further investment is essential. Where percentage of GDP for Defense is concerned, our mantra must be: 'We need 3, to keep us free'. Anything less is simply rhetoric which endangers us and our allies," said Rt Hon Dr Julian Lewis, Defense Committee chairman.

© AFP 2020 / Wojtek RADWANSKI
US soldiers are pictured prior the beginning of the official welcoming ceremony of NATO troops in Orzysz, Poland, on April 13, 2017.

British politicians looked at UK's impact on NATO and the UK-US military-to-military relationship. They concluded that in order for Britain to maintain its leadership position in NATO and uphold prolific defense relations with the US — more investment in Armed Forces is inevitable.

The report also made a note of the criticism voiced by the US regarding NATO members' unwillingness to share the financial burden, imposed by the Alliance.

Last year, the US President Donald Trump has condemned "chronic underpayments" by NATO members and said that "two percent of GDP is insufficient to close gaps in modernizing, readiness and the size of forces."

Earlier this month, it was reported that Britain was under pressure from the officials in Washington to contribute more to NATO despite it already meeting the specified military spending target of two percent of GDP.

Britain seeks to boost its defense spending in line with the position of the Defense Minister Gavin Williamson, who has hailed the importance of NATO for the country in the light of its exit from the European Union and the need to boost relations with North America partners.

The Defense Committee reports also comes ahead of the next NATO Summit held on 11-12 July in Brussels.