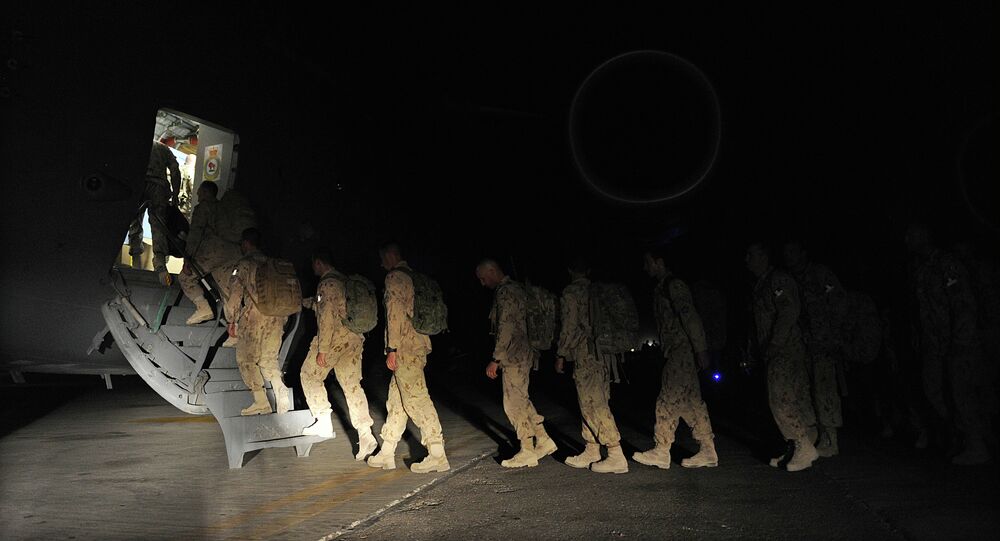 The first batch of Canada's contingent of 250 peacekeeping troops landed in Gao, Mali, on Sunday, starting a yearlong deployment as part of a UN mission to try and help stabilize the war-torn country following an Islamist rebellion. But the mission has already garnered controversy for being both dangerous and unclear.

"This is a mission sponsored by the UN, and so think of it as a UN mission, not necessarily a peacekeeping mission," Vance said, speaking to CBC's Adrienne Arsenault. The reality, he said, will be "far messier" than a standard peacekeeping operation.

© Flickr / United Nations
First Troops Deployed in Canada's Controversial Mali Peacekeeping Mission
Vance arrived in the war-torn country shortly after the first dozen or so Canadian troops landed at the UN base in Mali on Sunday. Forty-four more troops arrived with the general.

"It is certainly important for me and my senior commanders to arrive here early on to get a sense of what they will be doing, talk to the allies, get a sense of any lessons to take away," he said.

According to CBC, the Mali mission is complicated by the fact that it is not a standard two-country ceasefire with UN troops deployed to keep warring parties apart, but a conflict involving an instability-ridden country besieged by Islamist extremists.

The Canadian mission joins a 15,000-strong UN mission to stabilize Mali following a Tuareg insurgency, which proclaimed an Islamist state in the north of the country in 2012 with the support of Libyan extremists after the NATO intervention in Libya demolished the country in 2011.

The rest of the Canadian contingent is expected to be deployed by early August. The mission includes two Chinook transport helicopters and four armed Griffons, as well as a spare of each.

© AP Photo / Baba Ahmed
Suspected Jihadists Kill More Than 40 Tuaregs in Mali, Including Women and Children - Reports
Asked why Canada, known for being a peacekeeping power in the past, was not contributing more, Vance said that it was a matter of the mission not having "any gaps" in capacity.

Once deployed, Canadian troops will face a number of challenges, including the moral issue of how to engage child soldiers in battle. The Mali mission has also been noted for its danger, with about 150 peacekeepers killed in the country since 2013.

Some Canadians have responded to the general's warning about the mission, arguing that Canada has "no business" being in Mali or noting that Canada already has trouble funding existing veterans, and doesn't need to "create more."

We have no business being there. Let Mali fix Mali with their own helicopters and their own personnel.

There's not enough money for past veterans…Let's create more veterans in Mali? 🤔https://t.co/G6YkYma7BL

Others have complained about the government's military spending cuts, and how this may affect the mission, or argue that there is no actual peace to keep in Mali.

Thanks to Trudeau cutting spending and putting the equipment in ruins this mission will be a disaster at the expense of not only Canadian troops but female troops as the PM has demanded more women into deployment for no other reason but his platform.

No peace to keep there. To stop the killing our troops will have to kill people, including child soldiers.

It’s not a peace keeping mission. Surely the Canadian military understand that? There is no peace in Mali. Hopefully Canadians can stay safe.

#Mali Put in harm's way. Trudeau sends our troops to one of the most dangerous places in Africa in order to raise his stature in the international community, and to get a rotating seat on the UN security council. There's no peace to keep in Mali. https://t.co/zEYljQvhWV

Finally, some users simply offered their hopes and prayers, urging troops to "be safe," "be quick," and "come home safely."

Protect all Canadian Military in harm's way, including the members out on the UN mission in Mali. It is much more dangerous than imagined. Be safe & be quick. Come home safely, asap. 👍👍👍