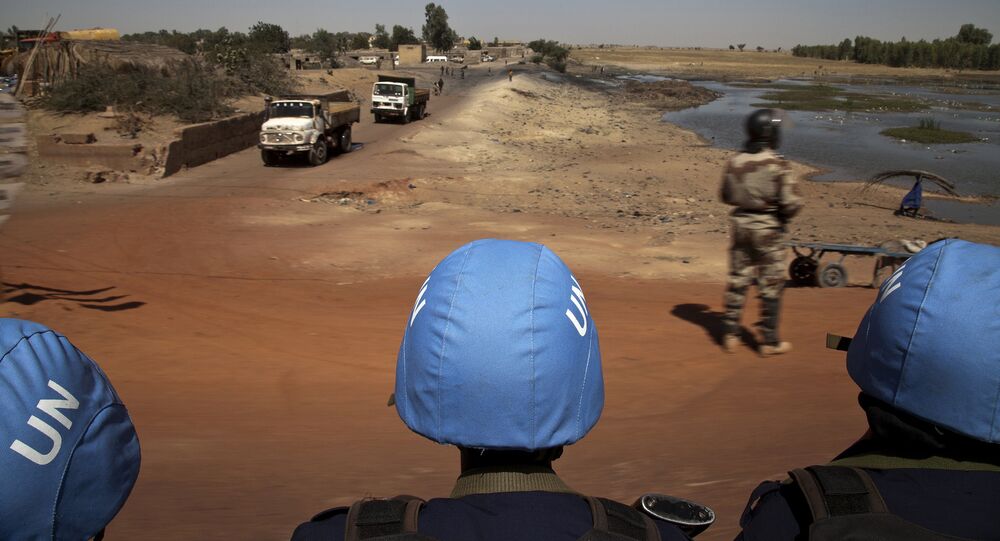 About a dozen Canadian troops landed at a UN base in Mali on Sunday morning, kicking off a year-long peacekeeping deployment that garnered controversy long before it began.

The troops were shipped to the northern city of Gao, ahead of the arrival of the rest of the peacekeeping contingent of 250 personnel, CTV News has reported. Ottawa committed a total of three Chinook transport helicopters and five Griffon choppers to assist in the mission, including one spare of each.

Once deployed, the Canadian troops will operate across disputed zones as part of an ongoing UN mission to stabilize Mali following a Tuareg insurgency, which proclaimed an Islamic state in the country's north in 2012 with the support of Libyan militants after the NATO intervention in Libya in 2011.

© AP Photo / Baba Ahmed
Suspected Jihadists Kill More Than 40 Tuaregs in Mali, Including Women and Children - Reports
The Canadian mission has not been without controversy, with critics citing its dangers (about 150 peacekeepers have been killed since 2013) and the somewhat unclear nature of the mission.

For instance, while the Trudeau government has emphasized a "marked female presence" among the peacekeeping contingent, it has been criticized for lack of information about important details about the mission, such as the rules of engagement when encountering child soldiers.

UN Secretary General Antonio Guterres told the Canadian media earlier this month that Canadian casualties were "possible," with other UN officials warning that the mission was "highly volatile."

The UN has deployed over 15,000 personnel in Mali, with 4,000 French troops and forces from countries neighboring Mali also engaged in counter-insurgency operations.

Earlier this month, Globe and Mail contributor Doug Saunders questioned the Canadian contribution of the Mali mission, asking whether Ottawa may be "pouring money and lives into another mission that risks becoming a decade-long quagmire, with unclear goals" similar to Afghanistan.