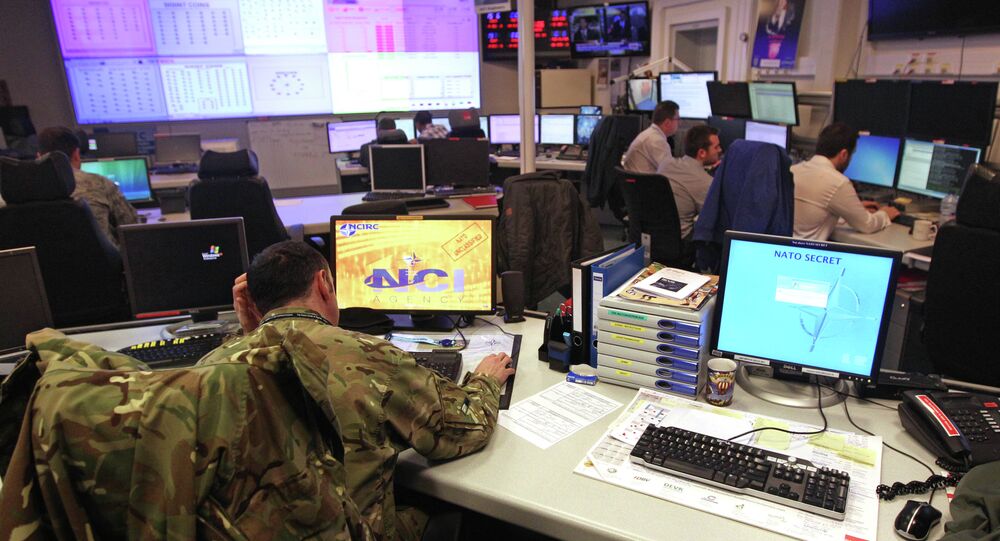 The NATO defense ministers have agreed to base new command centers in Germany and the United States and have also approved the new readiness initiative, alliance's Secretary General Jens Stoltenberg said Thursday.

"We agreed that our new Joint Force Command for the Atlantic will be based at Norfolk, #US & a new Enabling Command at Ulm in #Germany — essential for #NATO reinforcements… #DefMin have just decided further steps to strengthen our shared security, adapting the #NATO Command Structure by adding more than 1,200 personnel," Stoltenberg said, as quoted by NATO spokeswoman Oana Lungescu on Twitter.

© REUTERS / Mikhail Palinchak/Ukrainian Presidential Press Service
NATO Ex-Chief: Russia Could Defeat Ukraine in 'Several Days'
The secretary general added that the ministers have approved the Four Thirties Readiness Initiative envisaging for the alliance to have 30 mechanized battalions, 30 air squadrons and 30 combat vessels ready within 30 days or less by 2020.

Stoltenberg also indicated that the alliance was currently focused on possible enhancing of its military presence on the eastern flank, if necessary.

In addition, NATO Secretary General reiterated the alliance’s commitment to the establishment of a Cyber Operations Centre as part of the new NATO command structure.

"We have also decided to set up a Cyber Operations Centre, as part of the new Command Structure. And having agreed the principles last year, we have now agreed a framework for the integration of sovereign cyber effects into Alliance operations and missions," Stoltenberg said after the NATO defense ministers meeting in the alliance's headquarters in Brussels, as quoted by the NATO press service.

The NATO chief explained that these initiatives were in line with the alliance's overall deterrence and defense policies since all contemporary crises had a cyber dimension.

NATO allies have been boosting their cooperation in the defense area for years. Particularly, since 2008, they have been holding the major Cyber Coalition cyberdefense exercise.

© AFP 2021 / THIERRY CHARLIER
Mattis: NATO Will Never 'Turn Off' Dialogue With Russia Despite Tensions
However, the alliance's member states first recognized cyberspace as an operational domain joining land, air, and sea at their summit in Warsaw in 2016. At that meeting, the allies also committed to strengthening their own cyberdefense capabilities and sharing best practices in this area with each other.

At the Warsaw summit, NATO allies also agreed to hold the assessment of the organization’s command structure to determine whether it was capable of responding to the changing environment.

In November, Stoltenberg announced that the NATO defense ministers had agreed on instituting a new adaptive command structure to improve the alliance’s ability to move troops across Europe. They also decided to set up a Cyber Operations Center to adapt to the changing security environment.

Last year, Russian Defense Minister Sergei Shoigu stated that over the past five years NATO increased the number of its servicemen on Russia's western borders by four times.