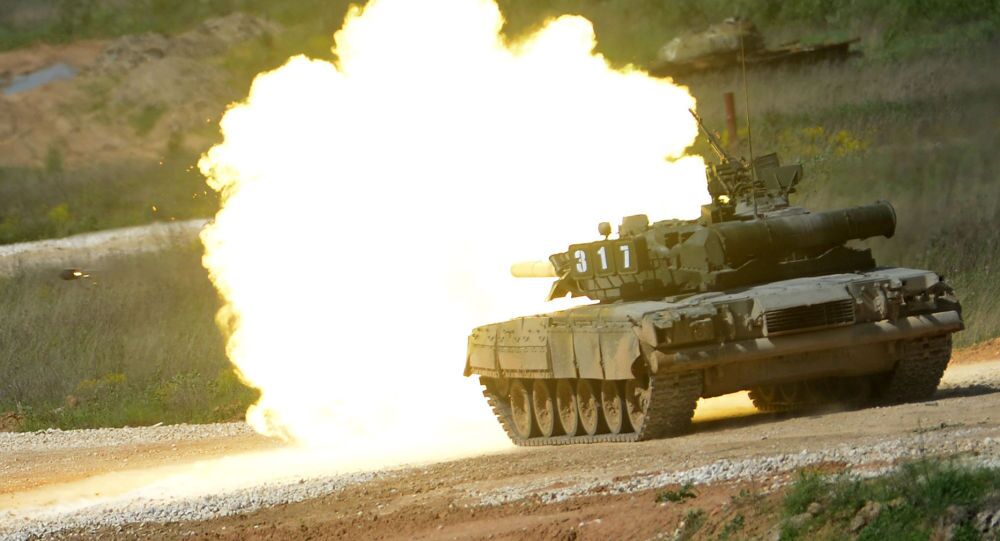 The Russian Defense Ministry announced that new T-80BVM tanks are now being transported to Arctic military units. A source in the ministry told Izvestiya newspaper on June 4 that the 80th Motor Rifle Brigade will be completely stocked with the new machines, followed by the 200th Brigade.

The T-80 in their newest BVM modification are equipped with upgraded gas-turbine engines that can start at temperatures as low as —40 degrees Celsius and be ready for action in only minutes. Tanks with conventional diesel engines need some 40 minutes to warm up in such conditions.

© REUTERS / Omar Sanadiki
Syrian Army Finds Tanks, Arms Hidden by Terrorists North of Damascus – Reports
These gas-turbine engines make a specific sound, similar to a jet plane, which earned them their nickname: jet tanks. The tank and plane engines are rather similar, but tanks certainly do not use jet propulsion directly; instead, gas turbine rotation is used to drive the transmission. That is not to say, of course, that some eager young scientists have never tried to make a jet tank before, but this isn't it.

Besides new engines, a new starting system and new electricity generator adapted for cold temperatures, the upgraded tanks will feature a new targeting system, new weapons control that, among other things, would allow both the gunner and the commander to fire, and new armor.

According to Russian media, there are some 3,000 tanks in Russian Defense Ministry storage that have not been upgraded yet. Overall, some 10,000 T-80s have been produced since 1970s.