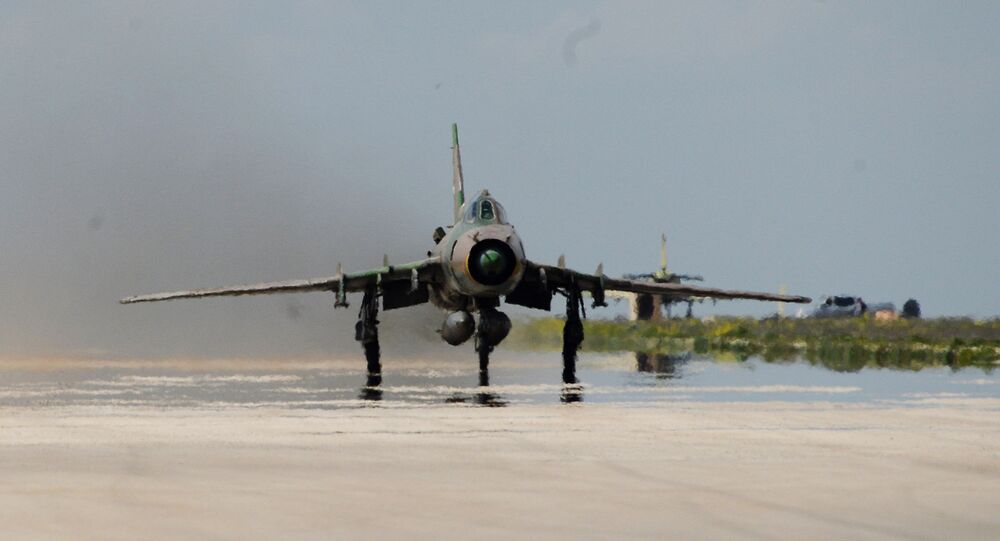 The Russian Foreign Ministry is checking information about an alleged Soviet pilot, who went missing in Afghanistan when his plane was shot down during a military campaign in 1987. The man reportedly asked to go home, but the authorities need to confirm his identity.

The head of the Russian war charity, Valery Vostrotin, has stated that a Soviet pilot, who went missing in Afghanistan during the USSR campaign in Afghanistan in 1987, is alive and wants to go back to Russia. The man was reportedly found in an Afghan village.

According to the official, financial, administrative and diplomatic assistance is needed to help him get home. Vostrotin hasn’t revealed the identity of the alleged captive, but informed Sputnik that Afghan officials have been contacted regarding the matter. The Russian Embassy in Kabul is confirming the information.

A representative of the Battle Brotherhood veteran group, Vyacheslav Kalinin, calls the situation extraordinary, as the pilot managed to survive, but no trace of him had been found in the last 30 years.

MORE: Withdrawal of Soviet Forces From Afghanistan, May 1988

© REUTERS / Omar Sobhani
What's Behind Russia's Warning of 'Resorting to Military Force' in Afghanistan?
According to RT’s source, the man contacted the Russian State Agency for humanitarian cooperation and compatriots affairs (Rossotrudnichestvo) through his fellow Afghans. The agency, searching and repatriating former Soviet soldiers since the mid-90s, has found dozens of such veterans; many of them converted to Islam, got married and live in Pakistan and Afghanistan. The source in the agency is cautious, saying the identity of the man, who calls himself a Soviet pilot, is yet to be confirmed, as sometimes information about newly found missing soldiers turns out to be false.

The Russian outlet Kommersant reports that the war veteran is Sergei Pantelyuk, whose plane was downed near Bagram. Neither the plane, nor the officer was found then. He left behind his wife and baby daughter. The latter, who has never seen her father, lives in southern Russia now.

From 1979 when the Soviet Union sent its troops to Afghanistan to support governmental forces to counter radical militants, until 1989, when they were withdrawn, 125 Soviet planes were brought down. About 300 soldiers went missing, with nearly 15,000 having died by the time the troops left.

Withdrawal of Soviet Forces From Afghanistan, May 1988