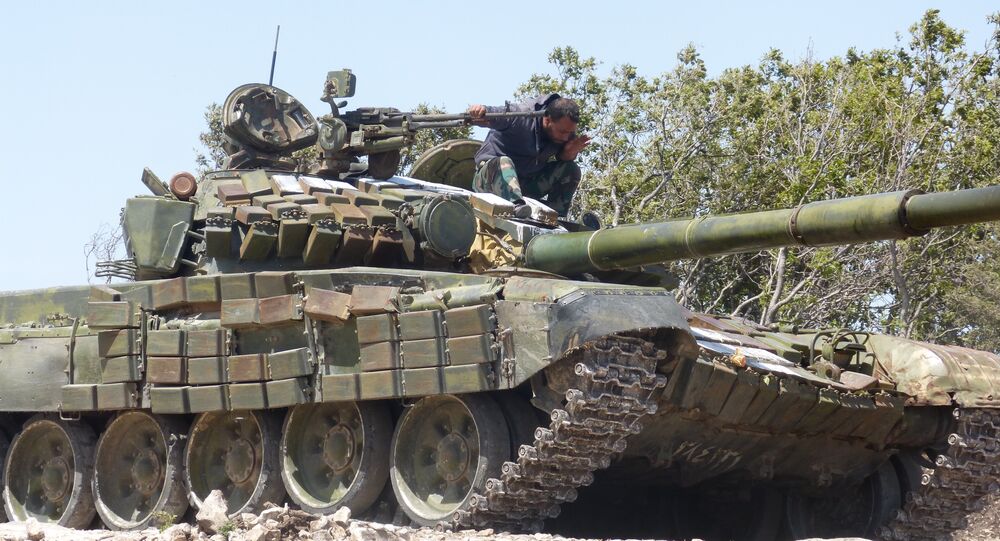 Government forces, particularly elite units of the Syrian Army, have been redeploying from Damascus and other parts of Syria to the southern front, where a major anti-terrorist offensive is expected to get underway in the coming days or weeks.

“Scores” of troops, in addition to numerous technicals (pick-up trucks armed with anti-aircraft guns), arrived in the Daraa province, ahead of the Syrian Army’s looming largescale offensive in the province.

READ MORE: Assad: Syria to Beef Up Air Defenses Amid Threat From Israel

© Sputnik / Mikhail Voskresenskiy
Last Nail in the Jihadist Coffin: How Syrian Army Defeated Terrorists in Damascus
The newly-arrived forces are from the Republican Guard – an elite unit of the Syrian Army, primarily tasked with defending Damascus – and a paramilitary group associated with Syria’s intelligence apparatus.

Government forces are still mobilizing troops in the area ahead of the offensive, which is aimed at liberating the entirety of southern Syria, including territory near the Syria-Israel border and a number of border crossings with Jordan.

To minimize casualties, the Syrian Army is attempting to negotiate reconciliation and transfer deals with militants in the province, with helicopters of the Syrian Arab Air Force (SyAAF) dropping leaflets calling on opposition forces in northwest Daraa to surrender.

© Sputnik / Sputnik
Syrian Army Doesn't Need US Permission to Attack Terrorists, Will Liberate All of Syria – MFA Source
Despite the US advising Damascus against launching a military operation in southern Syria, it seems such an offensive will begin soon, as a source in Syria’s Ministry of Foreign Affairs (MFA) told Sputnik reporter Suliman Mulhem on Tuesday that they will liberate “every square kilometer of Syria” and don’t need permission from “America or Trump to eliminate terrorists in any part of the country.”

It’s unclear when the offensive will begin, but, based on the Syrian Army’s recent successes, especially in Damascus, we can expect a decisive victory against the militants, provided there isn’t any foreign intervention, especially from Israel.