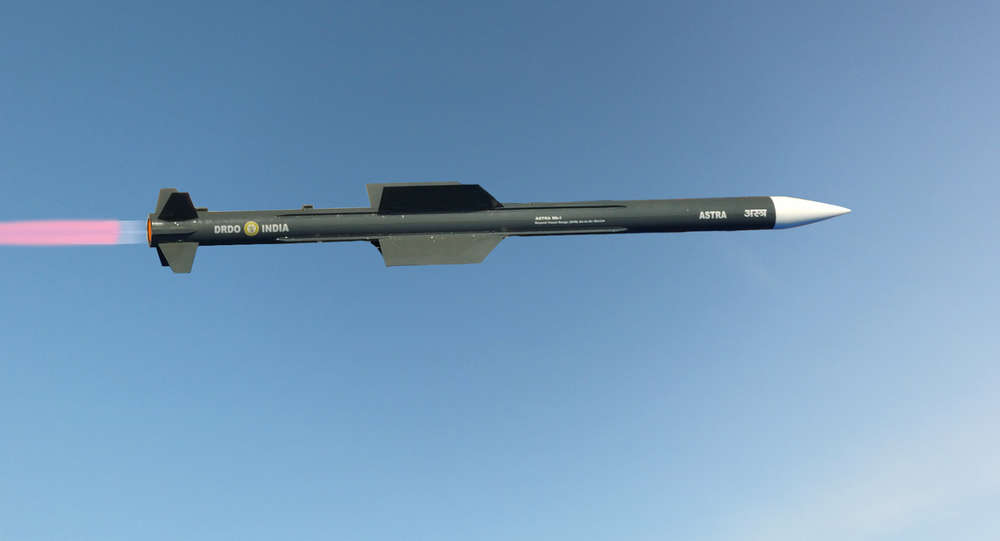 India has developed Solid Fuel Ducted Ramjet (SFDR) technology in collaboration with Russia. Its successful use in missiles will mark India’s entry into a select club of nations that use next-generation missile technology against maneuvering targets, compromising the effectiveness of conventional missiles.

New Delhi (Sputnik) – India's new surface-to-air missile is powered by Solid Fuel Ducted Ramjet (SFDR) technology, which was jointly developed by India and Russia. The defensive weapon achieved a speed of Mach 3 during its first test flight, sources in India's Ministry of Defense told Sputnik. The missile, which is viewed as the Indian version of the French Meteor, was launched from the Integrated Test Range facility off the coast of Odhisha.

"It was a booster phase test of the missile and the mission was a major milestone for the strategic missile program. The nozzle, less booster, and SFDR was tested successfully," a defense source told Sputnik.

© Photo : Wikipedia/One half 3544
India Successfully Tests Life Extension Technology For BrahMos Missiles
The DRDO will test other components of the missile such as its high technology seeker equipment very soon. The 250-kilogram SFDR missile has been under development since 2013.

"The new technology will help both surface-to-air and air-to-air missiles perform better and enhance their strike range, making the weapons more lethal. Now India can have the fastest long-range missiles in the two categories, providing full-fledged and multi-layered aerial protection from hostile attacks," an official told the New Indian Express.

The present lot of missiles, which use a booster/sustainer configuration with solid or liquid propellants, have limitations against maneuvering targets, since conventional missiles, at the terminal stage, can not provide enough energy to maintain their speed in order to hit the targets. SFDR technology will exceptionally enhance endgame maneuverability at the terminal stage when the seeker is locked onto a target.