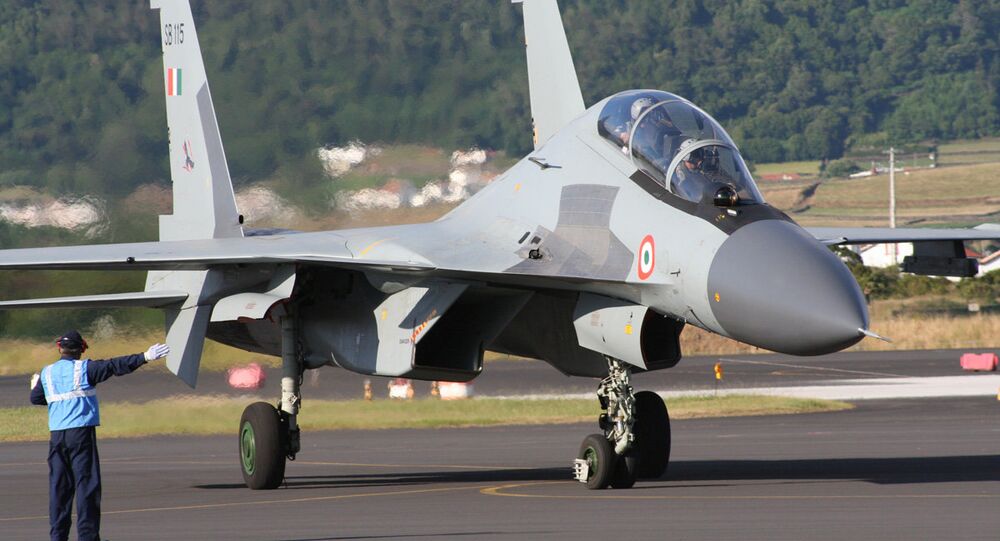 Over the last eight months, India’s defense ministry has approved procurement of equipment valued at approx $6.5 billion of which $4.8 billion will be Made-in-India.

New Delhi (Sputnik) — India has decided to design and develop a long-range dual-band infrared imaging search and track system (IRST) which will strengthen the capabilities of the Su-30MKI in detecting ultra-stealthy aircraft like the F-22 and Chengdu J-20 possessed by its adversaries. Only last year, China operationalized the J-20 fighter jets which are made up of radar-absorbing materials that are supposed to make it hard to detect at long ranges.

READ MORE: 'Not So Invisible After All': Su-30 Manages to Detect Top Chinese Stealth Jet

"The Defense Acquisition Council (DAC) accorded approval for undertaking design and development of the Long Range Dual Band Infrared Imaging Search and Track System (IRST) for SU-30 MKI aircraft under the ‘Make II' sub-category and subsequently, for procurement of at least 100 IRSTs under ‘Buy (Indian-IDDM)' category.  The system will be able to operate in day and night conditions and will substantially enhance the capabilities of the aircraft," a statement issued by Indian defense ministry reads.

The Indian defense ministry wants at least 40% domestically-produced content in the system which will be manufactured in any Indian facility. The system will be integrated into India's frontline aircraft without making any structural changes.

The IRST system is a crucial part of the advanced fifth-generation aircraft as it plays a critical role in detecting heat sinking missiles and locate and destroy enemy targets in radar denied environment.

In all, the Defense Acquisition Council (DAC), chaired by Defense Minister Nirmala Sitharaman, on Monday accorded approval for the procurement of equipment for the defense forces valued at over one billion dollars. The DAC also approved procurement of thermal imaging (TI) night sights for the rocket launcher used by the Indian Army and the IAF from local vendors. The TI sight for 84mm rocket launcher will be used by troops in operations to facilitate accurate and continuous engagement of moving and static enemy targets and destruction of field fortifications (bunkers) during hours of complete darkness.

"The sight will enable our troops to detect and recognize enemy tanks and soldiers' movement during the night and engage them with greater efficiency. Furthermore, the effect of camouflage and concealment will be drastically reduced as rocket launcher detachments will be able to ascertain the location of the enemy taking cover behind foliage and thin-walled constructions with greater ease," the defense ministry statement read.