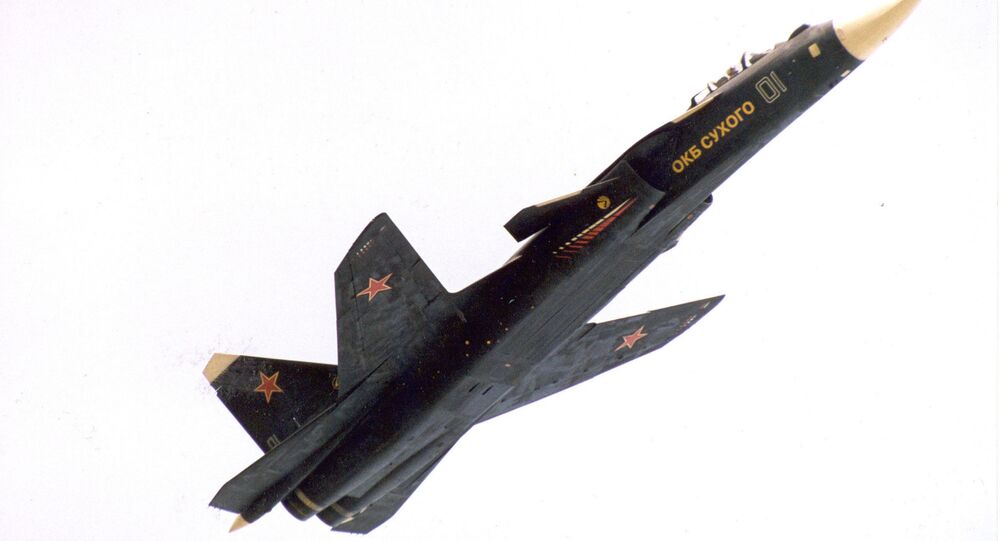 For each military vehicle that is accepted into service, there are often roughly ten others that never proved to be either effective or economically viable. However, they are not usually "born" in vain – some of them are later used for the development of new generations of weapons. Sputnik has gathered five such examples from Russian history.

Project 661 Anchar, widely known as the K-162 or K-222 nuclear powered submarine, (NATO reporting name Papa class) is still considered to be the fastest submarine built in the world. It managed to reach speed of 44.7 knots (82.8 km/h or 51.4 mph), carried 10 cruise missiles and 12 torpedoes, which it could launch at any ship by quickly approaching it and then leaving the scene untouched. 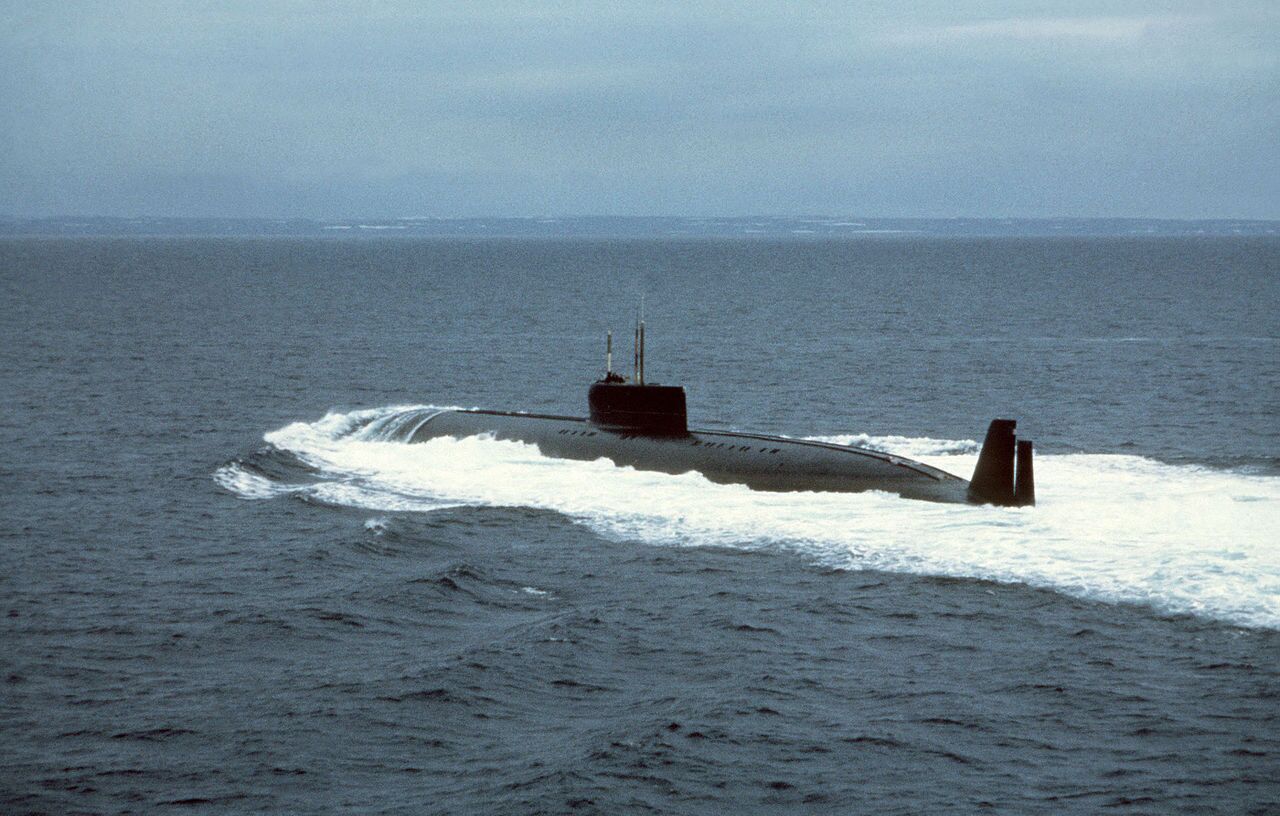 The problem with the K-222 was that its hull was built from titanium, which made it exceedingly expensive (it was even known by the nickname the "Golden Fish"). Aside from this, the submarine was also very noisy, which stripped it of a key advantage — low detectability. The only K-222 unit was commissioned in 1969 and decommissioned after 20 years of service. Some of the ideas used in its production were utilized during the construction of other nuclear-powered submarines, such as Project 670 Skat (NATO reporting name Charlie class).

The Lun-class ekranoplan (NATO reporting name "Duck") was a so-called ground effect vehicle, which could glide over a water surface. Unlike most similar vehicles, it was huge (74m in length and 44m in width) and carried six P-270 Moskit anti-ship missiles with 300kg warheads. Half that number was enough to kill an aircraft carrier (which was its prime target in the course of its development). The Lun could also approach its target with an impressive speed of 297 knots (550 km/h or 342 mph). Since it was gliding over the water surface, most radar systems wouldn't detect it until it was too late. 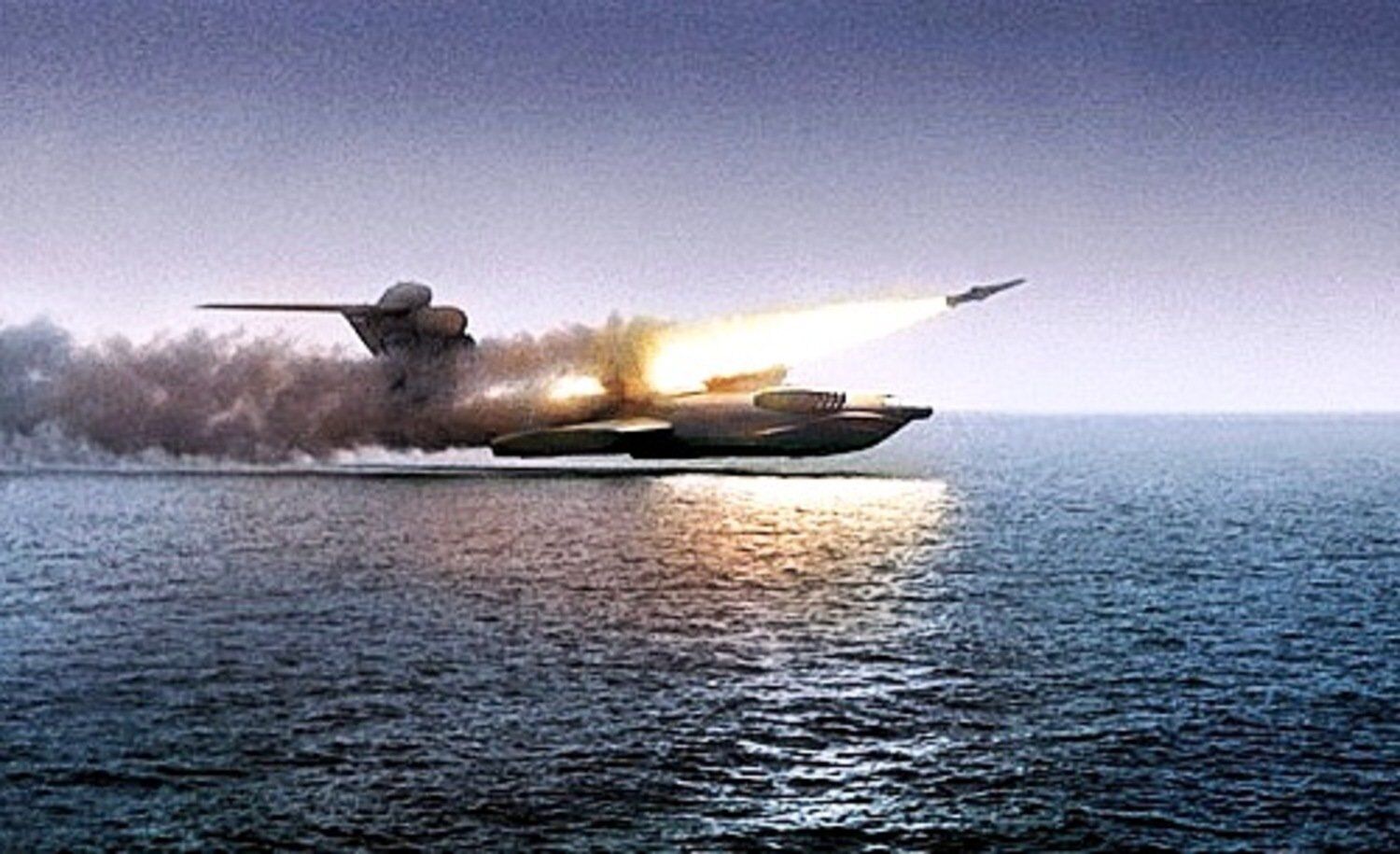 Lun was based on an earlier prototype, the Korabl Maket, known in Western countries as the Caspian Monster. Unfortunately, it shared the fate of the Golden Fish. In 1987, when the first Lun was deployed, the USSR couldn't muster the funds for serial production and abandoned the project. However, the authors of the original Caspian Monster announced in 2015 that they have started development for a modern version of the ekranoplan.

The prototype jet fighter Su-47 Berkut (NATO reporting name Firkin) had one distinctive feature — forward-swept wings that granted it extreme agility and maneuverability, shorter take-off and landing distances, as well as improved stability at high angles of attack. At the same time, such a design increased the stress on the wings, requiring much more expensive materials to be used in production. 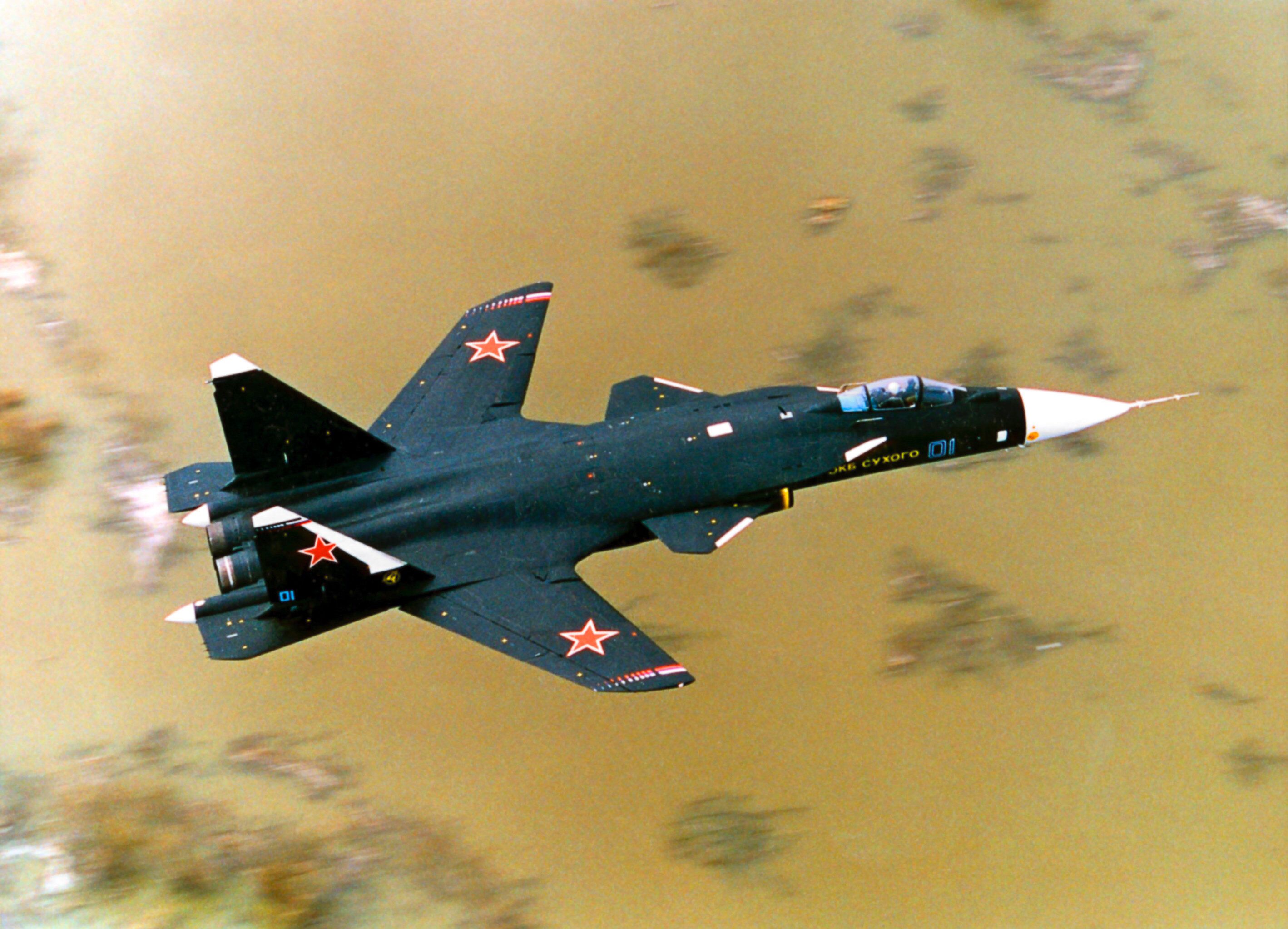 In combination with the slated completion date, 1997, at a time when the Russian economy was highly vulnerable, led to the closure of the project. But the ideas utilized in its production didn't go in vain either — they are currently being used in the development of the fifth-generation Russian fighter Su-57.

Object 640 or the Black Eagle tank was not very different from models that were being used by the Russian army at the time, but it had one advantage — during combat, the crew's seats were lowered in the inner compartments, which improved survivability for the crew in case the tank would be hit. A lack of innovations prevented its serial production, but the core idea was later used in the new, cutting edge Russian tank "Armata." 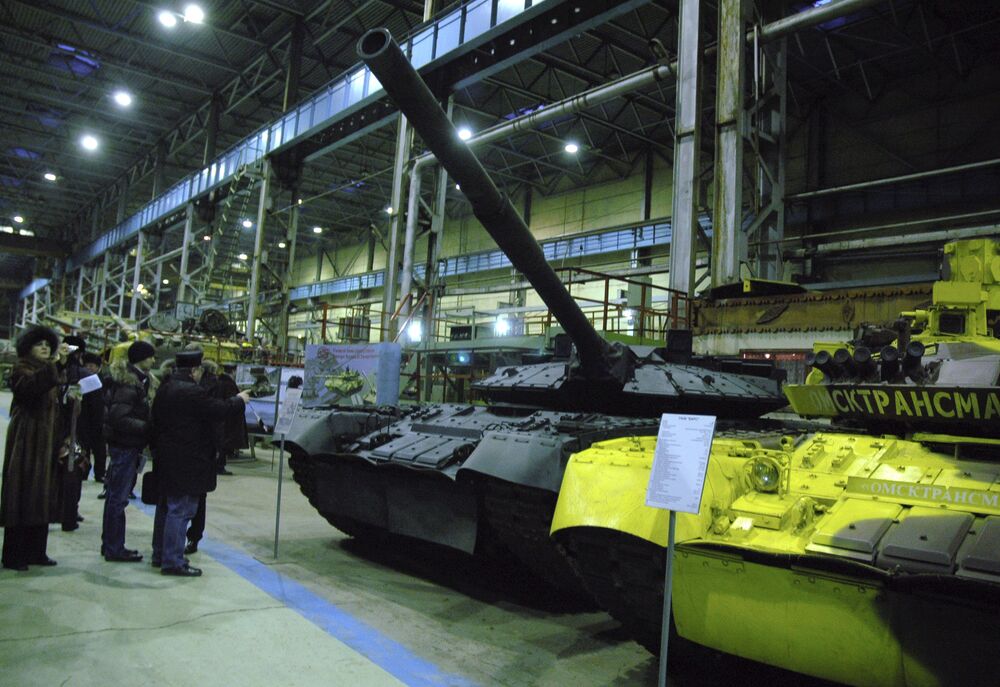 The MiG-105, nicknamed "Lapot" (Russian slipper) for its design, was a Soviet orbital spaceplane project. It was developed to rival the cancelled US Dyna-Soar project, but instead of using expendable rockets for its launch, Soviet engineers planned to launch it not from the ground, but mid-air using a liquid fuel booster stage in a bid to reduce the costs of launches. 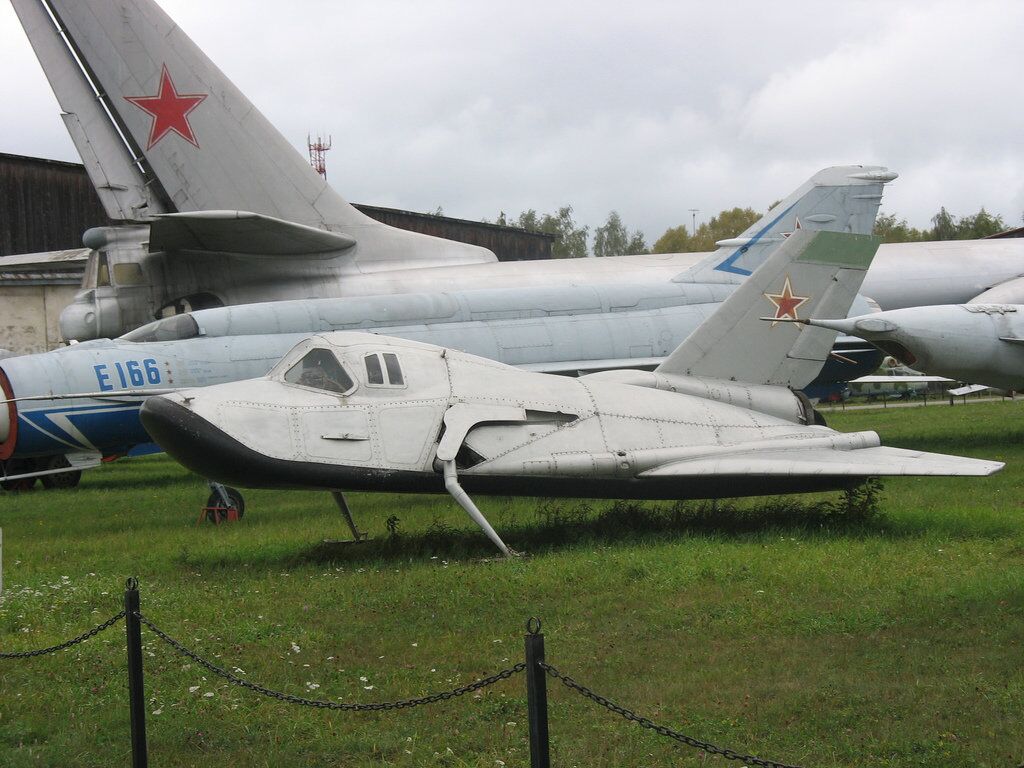 The project was terminated after a decision was made in favor of the rocket-propelled Buran orbital spaceplane. The ideas behind the MiG-105 haven't been used so far, but maybe one day its hour will come.