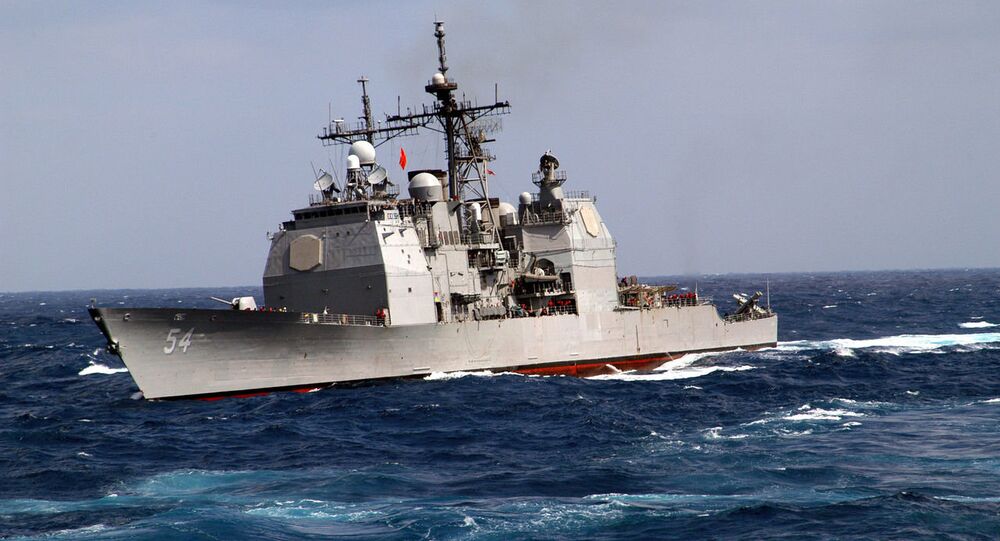 China and several other countries have been claiming ownership over multiple islands and islets in the South China Sea, with Beijing deploying numerous military forces and vehicles to the region in a bid to secure its claims. US naval forces have been working to circumvent its attempts to secure positions in the region by conducting FONOPs.

The destroyer USS Higgins and the USS Antietam cruiser came near to the disputed Paracel Islands in the South China Sea, Reuters reported, citing an anonymous US official. According to the outlet, the warships passed by the Tree, Lincoln, Triton and Woody islands in the Paracels. Another unnamed US official noted that the move was likely made to exert pressure on Beijing over the North Korean issue.

The US Navy hasn't confirmed the information directly, but noted that it is conducting routine Freedom of Navigation Operations (FONOPs) in the region.

"We conduct routine and regular Freedom of Navigation Operations (FONOPs), as we have done in the past and will continue to do in the future," a representative of the US Pacific Fleet said.

The Chinese Ministry of Defense has accused the US warships of serious infringement of Chinese sovereignty after American vessels entered Chinese territorial waters without permission. According to Beijing, its ships and aircraft warned the US ships and demanded that they leave the disputed waters.

Washington has slammed Beijing's moves in the region and has recently been conducting FONOPs in the area, although some military experts claim that they have little effect. China has reminded the US that it has a right to self-defense and has urged Washington not to "hype up the so-called 'militarization' of the South China Sea."

US President Trump recently announced that the upcoming summit between the US and North Korea was canceled due to Pyongyang's "aggressive rhetoric." The DPRK slammed the US move, but has continued its renewed contacts with South Korea.