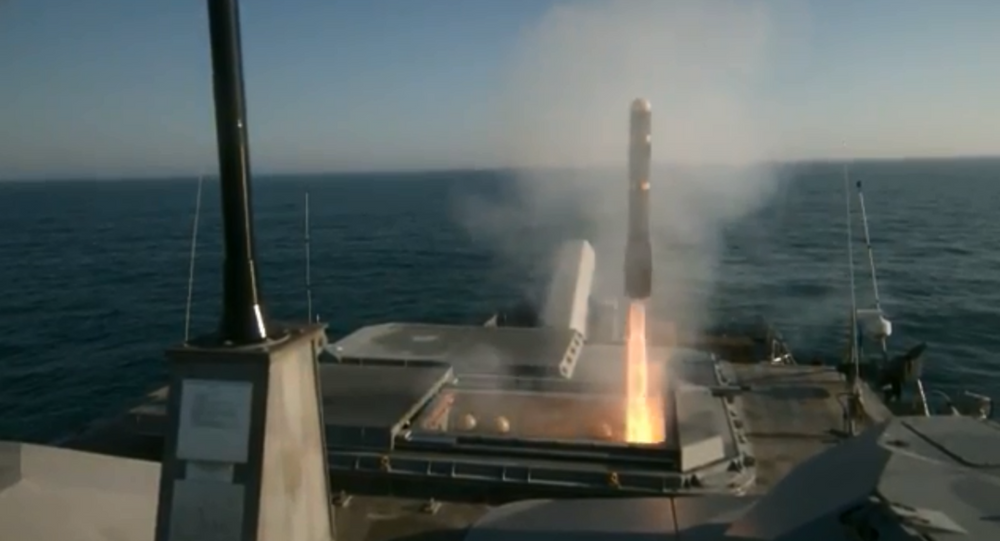 The report goes on to state that the test was the second time that a Longbow missile was fired from sea, but that it was the "first integrated firing of the SSMM from an [littoral combat ship]."

Footage shared by the US Navy shows that the ship's crew "executed a scenario simulating a complex warfighting environment, utilized radar and other systems to track small surface targets, simulated engagements and then fired missiles against the surface targets."

​Captain Ted Zobel, program manager of the littoral combat ship program, said everyone involved in the testing did great.

"The crew of the USS Milwaukee executed superbly and the test team ran the event seamlessly, both were critical in making this event successful," Zobel stated in the report.

The live-fire missile exercise was conducted off the coast of Virginia.