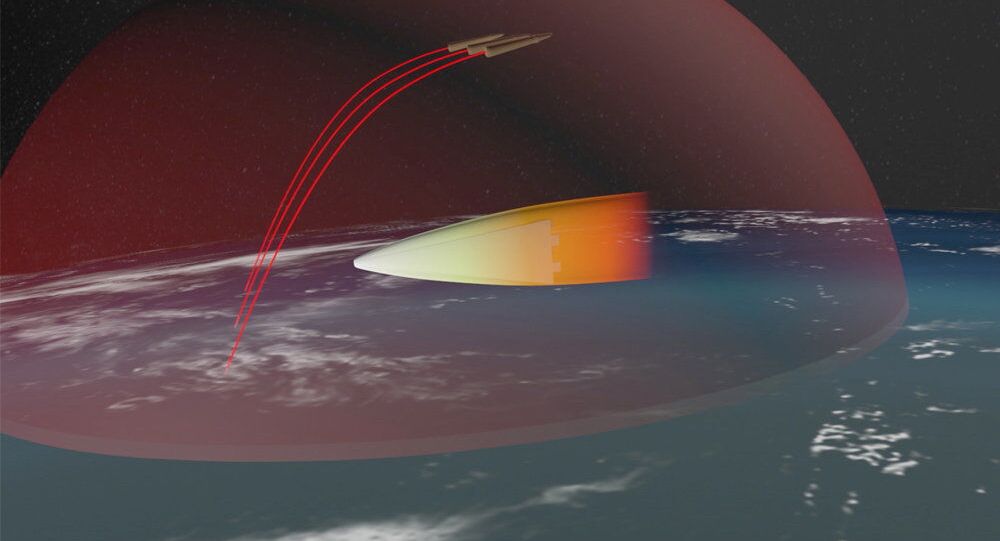 Sources with direct knowledge of US intelligence reports say Russia is on the brink of developing a maneuverable, hypersonic nuclear-capable glider warhead that no US system can defeat.

The sources, speaking to CNBC on condition of anonymity, reported that Russia tested a nuclear-capable hypersonic glide vehicle (presumably the Avangard) twice in 2016, and again in 2017. The 2017 test was a failure, according to the sources. A fourth test is expected sometime this summer.

US intelligence says the vehicle is highly maneuverable, and thus unpredictable and hard to track. It is also fitted with onboard countermeasures, which no existing US missile-defense system can defeat. Furthermore, although it can carry a warhead, it is believed that the force of the glider's impact, as well as its precision, may be enough to destroy targets.

© Sputnik / Denis Abramov
Russian Vessels Armed With Kalibr Missiles Will Be on Guard in Mediterranean 24/7 Due to Terrorists Threat in Syria - Putin
The intelligence reports, allegedly created this past spring, calculate that the Avangard will likely be operational by 2020, according to CNBC's sources.

The news site doesn't specify whether the reports were released before or after President Putin's unveiling of of cutting-edge new Russian missile systems in a speech to lawmakers on March 1. Putin confirmed the existence of a hypersonic glider, dubbed the Avangard, as well as the Kinzhal air-launched hypersonic missile, an unnamed nuclear-powered cruise missile, and an unnamed sub-launched nuclear-powered submersible drone.

Putin said these systems, which are nearly operational, were aimed at guaranteeing Russian security amid the US withdrawal from the ABM Treaty, and NATO's continual expansion along Russia's western borders. The Kinzhal hypersonic missile appeared at the 2018 Victory Day parade in Moscow.

In late March, Strategic Command commander Gen. John Hyten told Congress that there was nothing in the Pentagon's arsenal capable of stopping Russia's new hypersonic weapons. Hyten confirmed that the United States was watching both Russia and China's hypersonic capabilities closely.

© Sputnik / Grigory Sysoyev
Highlights of the 2018 Victory Day Parade in Moscow (PHOTO, VIDEO)
On Tuesday, President Putin confirmed that 14 missile regiments would receive the new Yars ICBM system to replace the Topol before the end of the year. The Aerospace Forces will also get upgraded Tu-95MS and Tu-160 missile-carrying bombers armed with Kh-101 and Kh-102 long-range conventional and nuclear missiles, according to the president. Putin also urged the defense sector to prepare for the manufacture of the new S-500 anti-ballistic missile system, assumed to be capable of intercepting targets, including satellites, in near space. The new equipment is set to arrive despite a 20 percent cut in Russia's defense spending between 2016 and 2017, from about $65.4 billion, to about $48 billion per year.

The US is engaged in its own military modernization, with nuclear modernization alone expected to cost some $1.2 trillion through to 2046. President Trump proposed increasing the 2019 fiscal year budget to $681.1 billion.