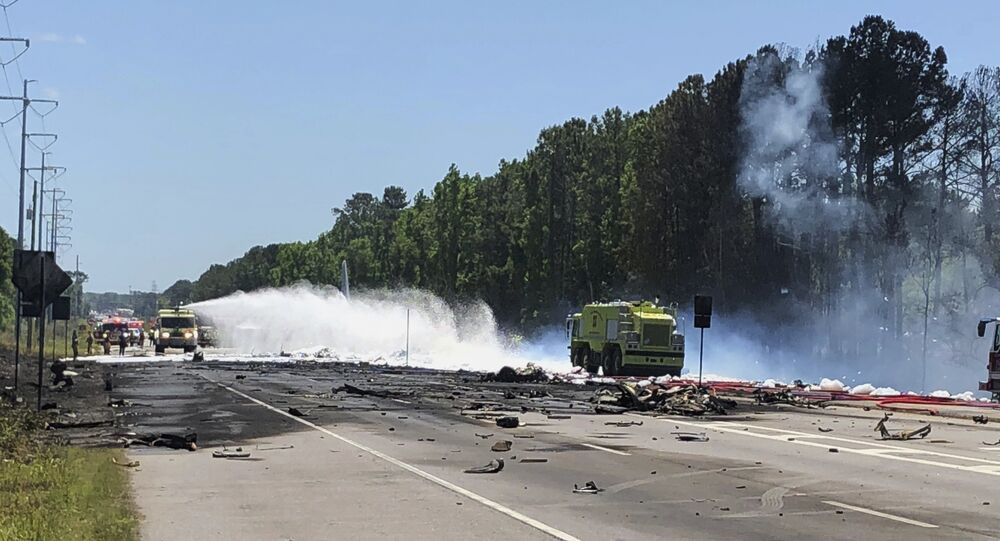 A US military pilot experienced in flying the country’s C-130 transport planes say that based on surveillance camera footage of the C-130 that crashed in the US state of Georgia in early May, the cause of the lethal accident appears to be engine failure.

"It looked like a critical engine failure," said Dusty Cook in a Sunday interview with military.com. Cook piloted C-130s for more than a decade as a US Marine.

​The video, captured on a nearby shop's security camera, seems to show "the number one engine" failing and causing the plane roll over. "It looks like it lost lift and it lost power on the left side, and that's why I'm assuming it was the number one engine," the veteran aviator noted.

On May 2, an Air National Guard C-130 Hercules crashed near Savannah, Georgia, killing all nine service members aboard the aircraft. The US military has initiated an investigation into the tragedy but a formal publication of the investigators' findings is not expected for several months.

Is the Pentagon Covering Up Taliban Attack on C-130?