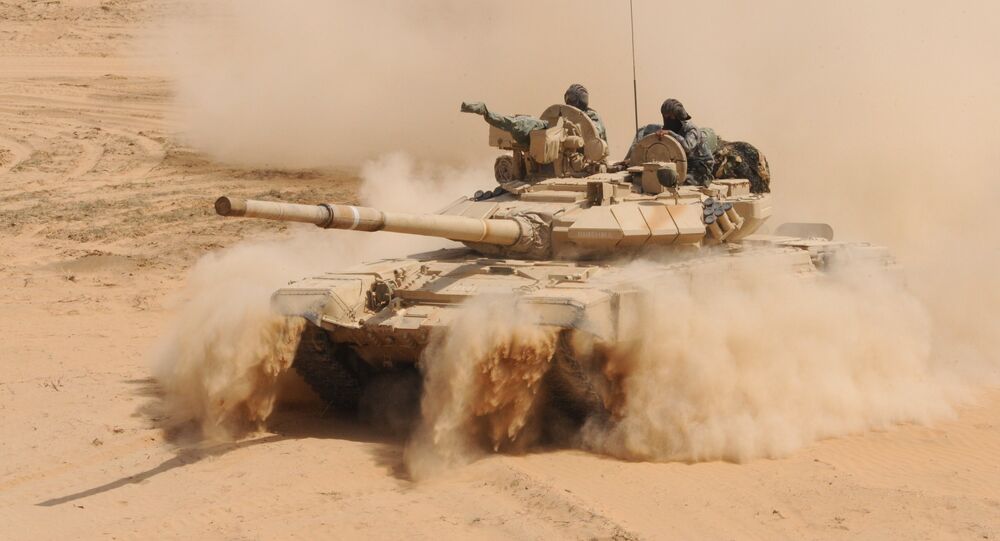 Looks like some big-shot fans of tank warfare prefer the comfy ride outside their armored machines to being squeezed into the crammed quarters inside.

During a recent drill in India, two commanding officers were spotted relaxing inside a pair of armchairs expressly set up for them right behind the turret of a T-90S Bhishma tank.

Rossiiskaya Gazeta wrote that this is not the first time that Indian military men have been seen riding the advanced Russian-designed battle tanks in such a bizarre manner.

Ex #VijayPrahar. The Month long Exercise of #SaptaShaktiCommand concluded on 9 May 2018. Over 25000 soldiers with massive array of modern equipment including tanks, attack helicopters,drones & fighter aircrafts participated in the exercise addressing full spectrum of operations. pic.twitter.com/CdYY0zfQjs

​India is the main foreign buyer of the T-90 tanks. The first batch of the state-of-the-art fighting vehicles arrived in the country in 2000.

The first such tanks assembled in India joined the country’s armed forces in 2009.