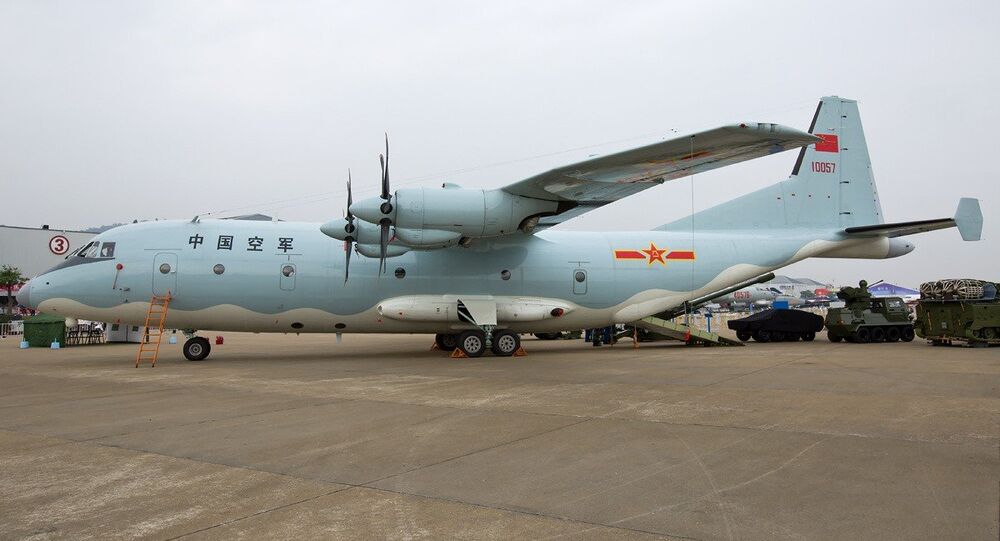 A Chinese Y-8 military transport aircraft has been seen on the disputed Subi Reef in the Spratly Islands of the South China Sea, just 12 nautical miles from the Philippines-occupied Thitu Island.

"With these deployments, military aircraft have now verifiably landed on all three of China's airstrips in the Spratly Islands," the Washington-based Asia Maritime Transparency Initiative (AMTI) reported Wednesday. China's "Big Three" civilian and military dual-use facilities on the Subi, Mischief and Fiery Cross Reefs connected with the island group are now all nearing completion after years of air, radar and defensive facility construction, the think tank said.

The Subi Reef is claimed by not only China but also Taiwan, Vietnam and the Philippines, though China exerts de facto control over the reef.

Incredibly detailed images captured by satellite sensors on April 28 depict a Shaanxi Y-8 resting in an airfield on the reef. The popular Chinese aircraft is based on the Soviet-era Antonov An-12 aircraft and is comparable to America's C-130 Hercules as a medium-range, prop-driven transport plane capable of carrying troops, paratroopers and supplies.

Beijing has produced several variants of the Y-8 aircraft for such duties as helicopter transportation, anti-submarine warfare, electronic countermeasures and electronic signals intelligence. The Y-8E variant, for instance, can even launch reconnaissance drones.

"With similar platforms now seen on the Big Three, it is reasonable to look at other recent Woody Island deployments as signs of things to come at Fiery Cross, Mischief and Subi Reefs," AMTI explained in its May 9 report.