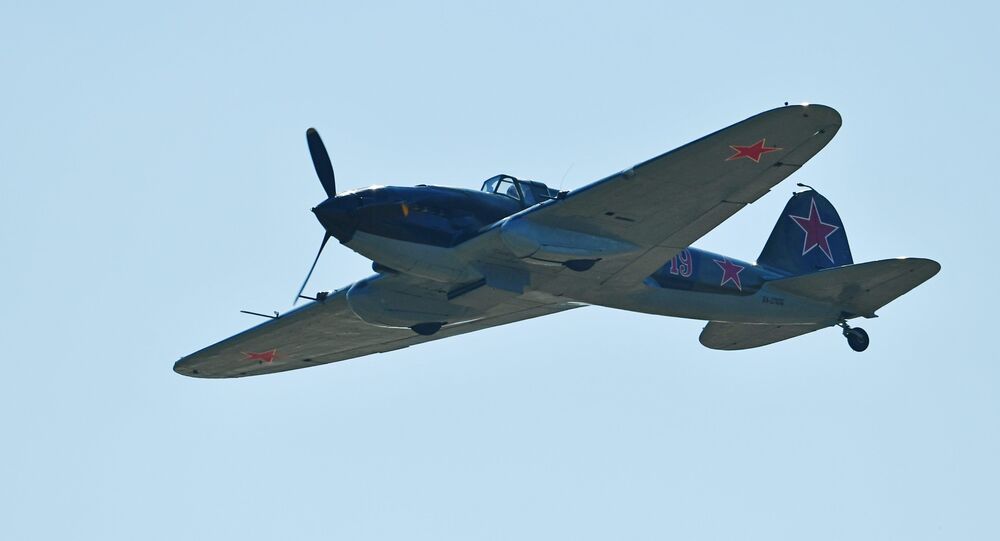 The video was shot in April 2018 during a display flight over Germany at the ILA Berlin Air Show, as a joint project with S.V. Ilyushin Aviation Complex (PAO Il), one of the major Russian aircraft manufacturers.

Alexey Rogozin, general director of PAO Il, the publicly held aviation company, remarked that partaking in this endeavor was a "great honor."

Commonly referred to as one of the symbols of the Victory, the Ilyushin Il-2 Sturmovik ground attack aircraft was mass produced by the Soviet Union during the Second World War. Stalin himself once said of these aircraft that "they are as essential to the Red Army as air and bread."

There were as many as 36,183 built, making it one of the widest-manufactured piloted aircraft in aviation history, alongside the US civilian Cessna 172, as well as the Soviet Union’s own Polikarpov Po-2 Kukuruznik multi-purpose double-wing plane.