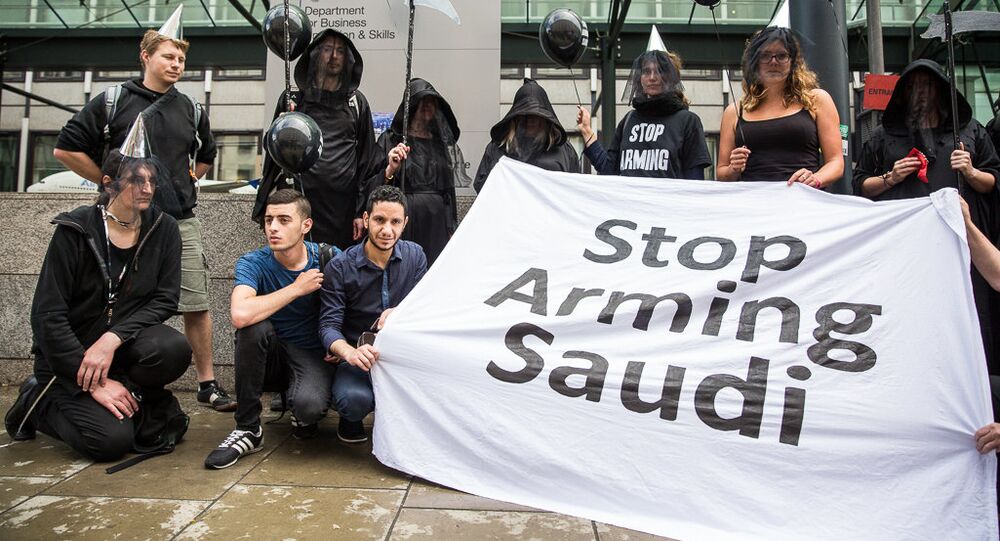 Campaigners aiming to stop UK arms sales to Saudi Arabia warn that the Saudi-led intervention in Yemen will only compound existing tensions in the crisis-ridden Arab country.

A British Court of Appeal will take up an appeal against a decision to let the government continue its arms exports to Saudi Arabia, which uses them in its ongoing military campaign in Yemen.

The appeal was filed by the Campaign Against Arms Trade (CAAT), which challenged an earlier High Court decision that ruled the UK arms exports to Riyadh lawful.

The Court of Appeal said that the case will be heard within the next few months.

"The Saudi-led bombardment of Yemen has killed thousands of people and created one of the worst humanitarian disasters in the world," the campaign group’s spokesman, Andrew Smith, said.

He added that the group was confident of winning the appeal.

© AFP 2021 / LEON NEAL
Dozens Picket Saudi Embassy in London Demanding End of UK Arms Sales to Riyadh
According to CAAT, the Saudi-led coalition has been using British-supplied fighter planes and other weapons since the start of its military operation against Houthi rebels in Yemen in 2015.

President Abd-Rabbu Mansour Hadi, has been carrying out airstrikes against the Houthi insurgents who forced him into exile.

Nearly 10,000 people have been killed in Yemen’s conflict and many more displaced in what the United Nations has called the world’s worst humanitarian crisis.

READ MORE: 'On the Verge of Tears': Desperate Yemenis Distraught at UK Stance on Saudi Arms