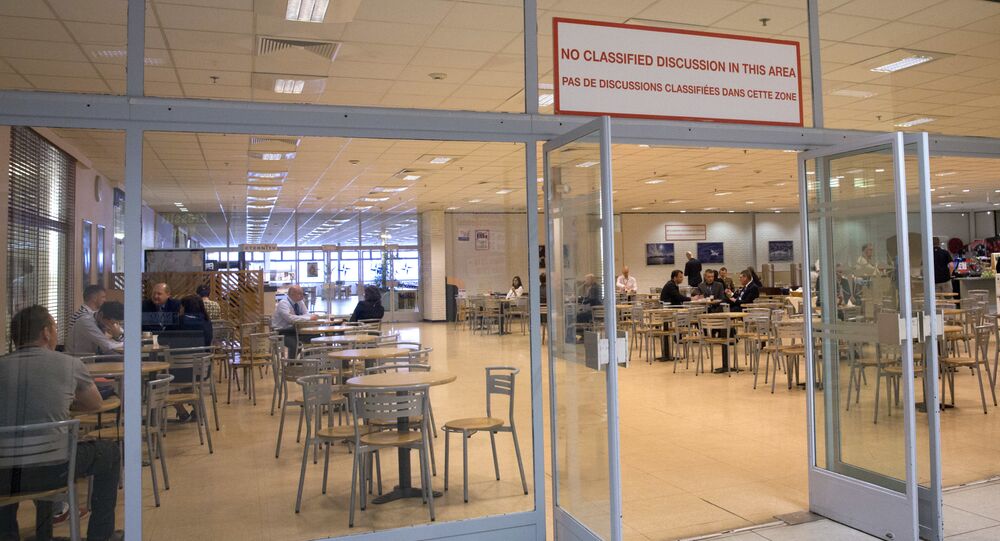 Officials at NATO's brand new $1.23 billion headquarters in Brussels are saying the food there is so bad that the food services company in charge of catering "could end up in The Hague."

Anonymous NATO officials have some harsh words for Aramark, the US-headquartered food services company which won the contract to provide the alliance's headquarters with catering services.

"They are the Blackwater of the catering world," one official said, speaking to Politico.eu. "We could end up dead in a dumpster."

© Wikipedia / Senior Master Sgt. Christopher Hartman
NATO Robs Itself of Airlift Capacity With Loss of Russian An-124 Jumbo Jets – Czech MP
"Maybe they could end up in The Hague," he added, referring to the International Criminal Court in neighboring Holland.

Another young NATO employee complained that the cafeteria's salad bar was "just a name for yesterday's or the day before yesterday's leftovers." "It's a violation of the chemical weapons ban, and also human rights," she added, noting that each time she made the mistake of eating lunch at the canteen she ended up feeling bloated.

An Italian official asked about the quality of the pizza said it was simply "not edible." A French-speaking critic called the soup Andalouse "undrinkable."

To add insult to injury, while the menu hasn't changed much between the old headquarters and the new building, prices have gone up, with main courses and soups spiking 30 and 50%. The coffee machines at the old building offering a cup of joe for 90 cents were replaced with €2.50 a cup coffee at the canteen.

© Sputnik / Alexey Malgavko
NATO Flexes Digital Defense Muscles With Massive Cyber Attack on 'Berylia'
Asked about how Aramark, a company which faced complaints over the quality of its food back at the old headquarters, won the tender for the new building as well, an alliance spokeswoman insisted that everything was above board.

"The contract for the provision of catering services at the new NATO HQ was awarded through an international competitive process that was launched in April 2016," she explained. "Three firms submitted proposals in response to the solicitation and the contract was awarded through a best-value procedure in September 2016," the spokeswoman added.

NATO has not disclosed how much Aramark is being paid for its services. Contracts are doled out over a three year period.

However, one US naval officer said that the grub wasn't that bad. "The food is actually really good," he insisted.