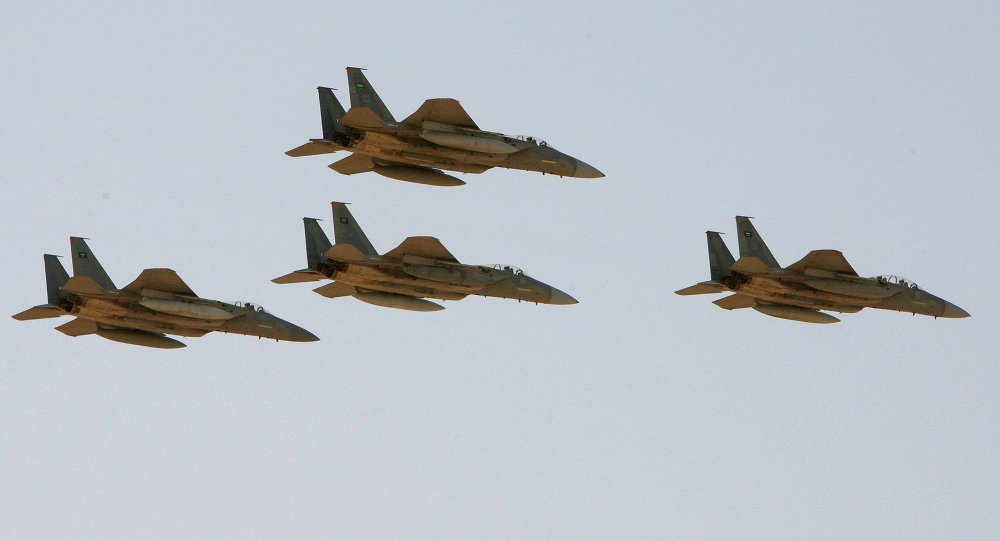 At least 20 people, including the bride, were killed when an airstrike, allegedly by the Saudi-led coalition, hit a wedding party in the country’s northern Bani Qais district, The Independent reported.

Medics and residents said more than 30 others, mostly women and children gathered inside a tent set up for the wedding, were also injured in Sunday’s attack, already the third deadly airstrike in Yemen since the weekend.

A video from the scene of the airstrike showed scattered human body parts and a young boy hugging a man’s lifeless body, screaming and crying.

WARNING: The following video is extremely graphic and may offend sensibilities

More than 10,000 civilians have been killed and tens of thousands wounded and millions displaced in Yemen since the start of the civil war in 2015 between the government of President Abd Rabbuh Mansur Hadi and the Houthi rebels.

Since March 2015, the Saudi-led coalition of mostly Persian Gulf countries has been carrying out airstrikes against Houthi rebels at Hadi's request.

Human rights organizations have criticized the coalition for engaging in the indiscriminate bombings with civilians often falling victim to such attacks.

The Saudi-led coalition insists that it never deliberately targets civilians and blames the Houthis, saying they are using civilians as human shields and hiding among the civilian population.

According to the United Nations, some 22 million Yemenis, or 80 percent of the population, are in need of humanitarian aid.