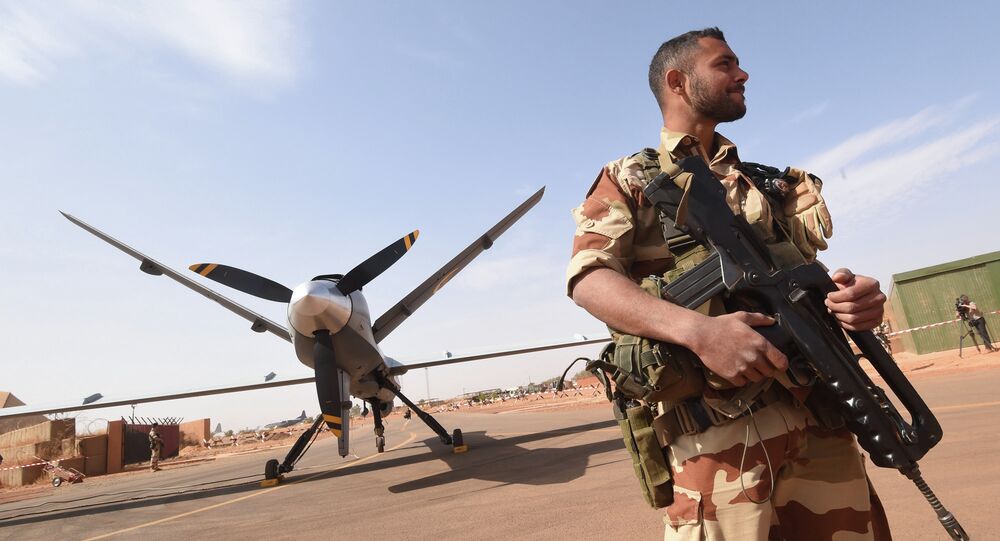 The US military is building a new overseas military base in Niger, adding to its existing inventory of more than 800 bases in more than 70 countries, according to a recent dispatch from central Niger.

The Associated Press reported Monday that the US Air Force was constructing hangars and runways for armed MQ-9 Reaper drones to conduct flights around West Africa. The base is supposedly being built at the request of Niger's government.

US defense officials have not disclosed just how many deadly drones will call the new base home. The base's $110 million construction cost makes it the "largest troop labor construction project in US history," the AP reported, citing US Air Force officials.

The MQ-9 Reaper is arguably the most advanced drone in the US arsenal. The remotely piloted aircraft has a range of 1,150 miles, allowing it to provide strike support and intelligence gathering capabilities across West and North Africa from the new base outside of Agadez. The unmanned aircraft is larger than its MQ-1 Predator drone cousin, features laser designators for dropping GBU-12 Paveway II bombs, a synthetic aperture radar for integrating GBU-38 Joint Direct Attack Munitions, and the capability to carry an armament of four Hellfire air-to-ground anti-armor and anti-personnel missiles.

The multi-role aircraft can perform surveillance and reconnaissance duties as a secondary function as well.

Since Libyan leader Muammar Gaddafi was overthrown in 2011, smuggling routes between Niger and Libya have reopened for business. Politico Europe reported in October 2016 that Agadez, Niger — a few miles from where the new US drone base will be located — had earned the title of the "de facto smuggling capital of the sub-Saharan region."

Drugs, weapons and humans are routinely trafficked through Agadez before being sent up to Libya or Tunisia and then through the Mediterranean to Europe, Politico reported.

The US military's presence in Niger emerged from relative obscurity last October when four US Army Special Forces troops were killed in an ambush by Daesh-affiliated fighters. The US military's deployment of manpower and military assets to Niger is not obscure or trivial at all from a military operations standpoint. "Already the US military presence here is the second largest in Africa, behind the sole permanent US base on the continent, in the tiny nation of Djibouti, on the Horn of Africa," the AP noted.

One official in Niger's government expressed concern about the deployment of powerful US drones around the poor, former French colony. "We are afraid of falling back into the same situation as in Afghanistan, with many mistakes made by American soldiers who did not always know the difference between a wedding ceremony and a training of terrorist groups," Nigerian government official Amadou Roufai told AP.

The US military is officially on the continent to help combat militants with ties to Al-Qaeda, Daesh, and Boko Haram, which operates in Niger's eastern neighbor, Nigeria.