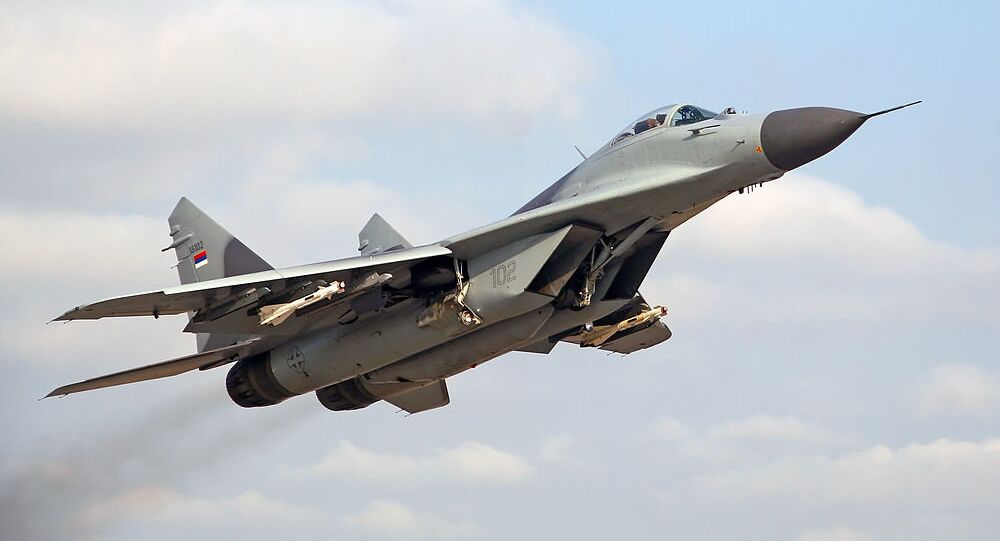 "From Belarus we have received four MiG-29 aircraft, which will be repaired and upgraded under the same scheme as the six aircraft received from Russia. Under the agreement of [Serbian] President [Aleksandar] Vucic and [Belarusian] President [Alexander] Lukashenko, Belarus donated planes to us, and we are very grateful for that," Vulin told Serbia’s Politika newspaper in an interview.

© AP Photo / Darko Vojinovic
Serbia Not Joining Anti-Russian Hysteria Over Skripal Case - Defense Minister
Earlier this month, Vulin told Sputnik that Serbia was discussing the delivery of additional jets with both Russia and Belarus after receiving six Mig-29 aircraft from Russia last year. In addition, Serbia was expecting the delivery of 30 T-72s tanks and 30 BRDM-2 armored reconnaissance vehicles from Russia in the near future, although no deadline had been set yet, according to the minister.

The MiG-29 is a twin-engine jet fighter aircraft, first developed in the Soviet Union in the 1980s, which is currently used in over two dozen countries across the world.

Military Plane Crashes in Serbia: One Pilot Dead, Another Injured