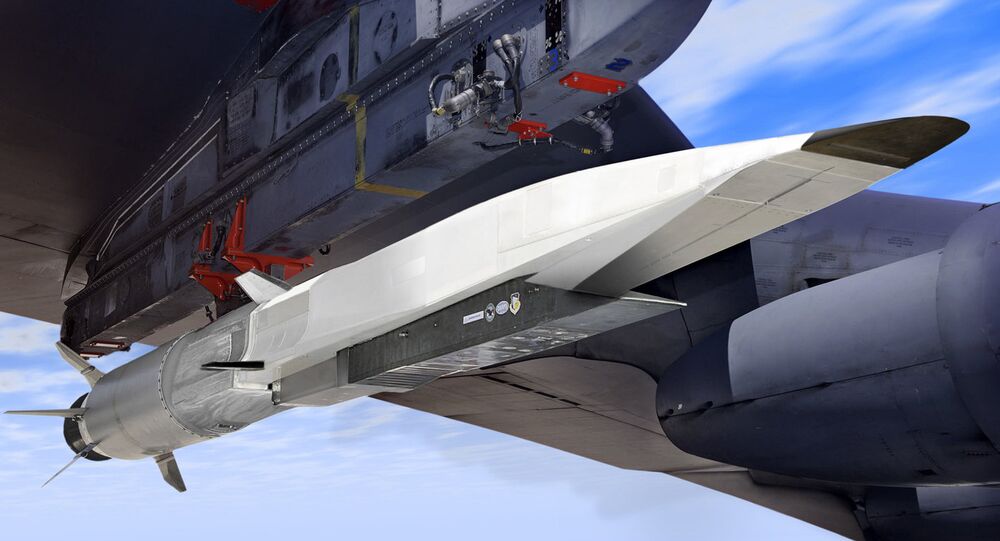 The deal comes amid concerns from STRATCOM about Russia and China's operation and testing of hypersonic weaponry.

Lockheed Martin has been selected to design and prototype a new air-launched hypersonic cruise missile for the US Air Force.

The IDIQ (indefinite delivery/indefinite quantity) contract, dubbed Hypersonic Conventional Strike Weapon, has no specified timeline, but is valued at as much as $928 million, according to Defense News.

Standoff missiles are long-range weapons designed to be fired from distances sufficient to enable their carriers to avoid enemy defensive fire. Flying at speeds of Mach 5 or above, hypersonic weapons are a next-generation weapons technology designed to defeat existing and prospective air and missile defense systems.

HCSW is one of several USAF hypersonic prototyping efforts, another being the Air Launched Rapid Response Weapon, a $258 million project for two other prototyping experiments. The service is also working with the Defense Advanced Research Projects Agency (DARPA) on two experimental hypersonic projects: the Tactical Boost Glide program and the Hypersonic Air-breathing Weapon Concept.

© Photo : Youtube / Минобороны России
Russian Military Reveals How US Could Intercept New Sarmat Missile
The new funding outlay comes amid fresh concerns this week from US Strategic Command about Russian and Chinese hypersonic capabilities, including the operation and testing of such weapons. Earlier, STRATCOM chief Gen. John Hyten admitted there was nothing in the US arsenal capable of stopping Russia's new missile technology.

Last week, sources with knowledge of US intelligence assessments told US media that China was testing a new maneuverable, hypersonic air-launched  missile system, analogous to Russia's Kinzhal ('Dagger') missile. Russian President Vladimir Putin announced a series of advanced missile systems in a speech to lawmakers last month. The new weapons were said to be a response to US efforts in missile defense, and NATO's ongoing buildup along Russia's borders.