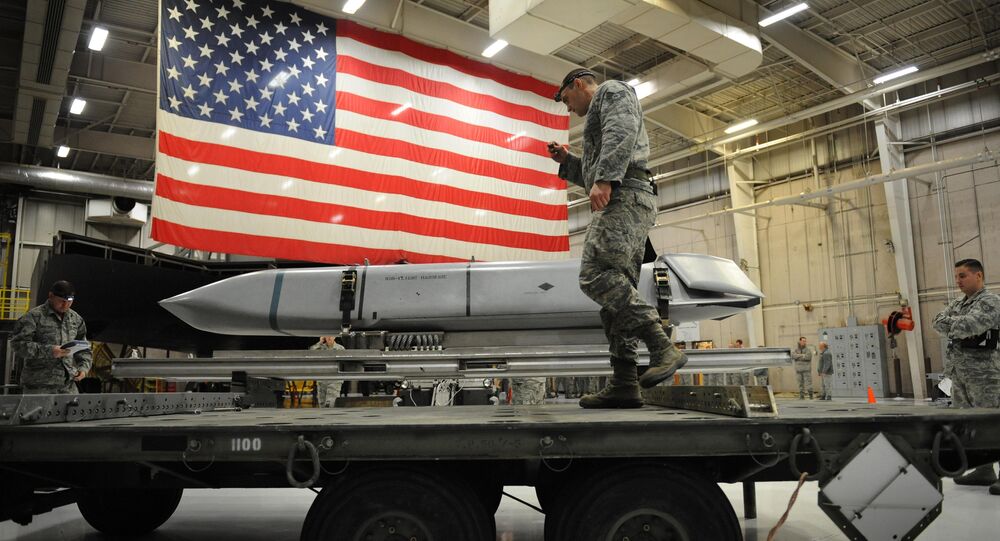 The joint US-UK-France missile strikes on targets in Syria last Friday featured the debut of the US Air Force’s newest extended-range joint air-to-surface standoff missile (JASSM-ER), a weapon the US military is planning to buy in bulk.

The company said it stands "ready to assist" the Pentagon should it need more missiles following the attack on Syria. "While we do not comment on the nature or circumstances of those operations, we stand ready to assist our customers in their efforts worldwide. Lockheed Martin is proud to partner with the DoD to equip them with advanced weapon systems, such as JASSM, to conduct effective military operations," a Lockheed Martin spokesman said Monday.

Lockheed Martin has delivered 2,200 JASSM-ERs to the US Air Force so far, but the service "has an operational requirement for 4,900 missiles" to flesh out its inventory, a Lockheed Martin executive said recently, according to a Military.com report published Tuesday. "There's even some talk within the Air Force they may increase the operational need," said Alan Jackson, vice president for strike systems at Lockheed.

Perhaps the only way to win more missile production contracts, other than a greater "operational requirement," is to replenish depleted inventory. It's no secret defense contractors stand to cash from US military adventures abroad.

The weapon, referred to by service officials and missile makers as JASSM-ER to denote the extended-range component of the missile, is only fired from the US Air Force's B-1B bomber and F-15 Strike Eagle.

With a range of about 600 miles, according to manufacturer Lockheed Martin, the JASSM-ER has roughly two times the range of the previous generation JASSM. At a price tag of $1.4 million per missile, the JASSM-ER missiles fired during the Syria strike cost about $26.6 million. Another 66 Tomahawks were launched during the attack as well.

Lockheed touts the JASSM-ER as a low-observable, all-weather, precision-guided missile that can carry a 1,000-pound warhead.