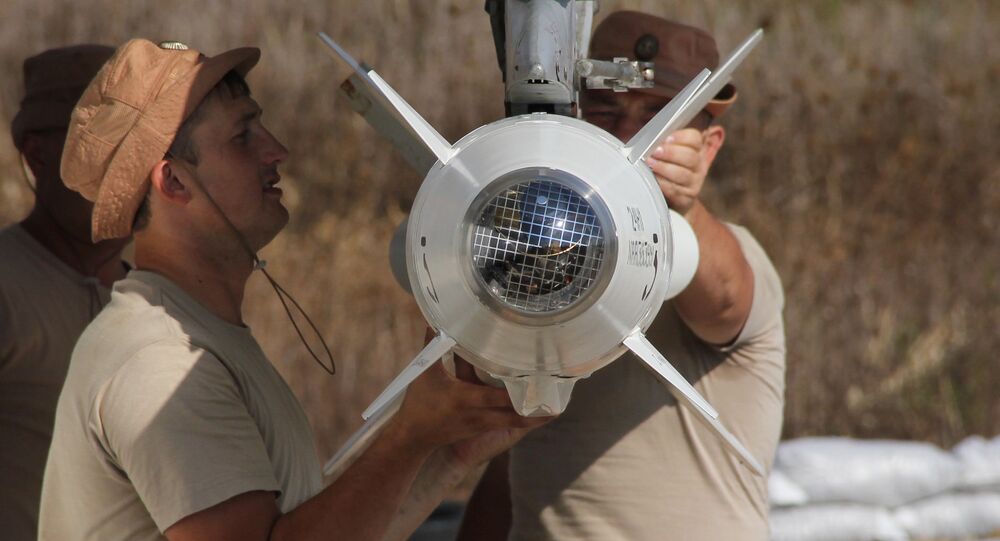 Made-in-Russia weapons are much sought after in the world, with many countries keeping a close eye on what Russian armorers have on offer.

“What makes the S-8 OFP so special is that, depending on the detonator’s time setting, it can go off in front of an obstacle, when impacting it or after it has cut through it while still staying in one piece. We have never had such missiles before,” Lepin said.

He added that the Broneboishchik will be loaded on Su-25 ground attack planes and Mi-8 helicopters.

The state-of-the art rocket was presented to the broad public for the first time at the 2014 DefExpo held in New Delhi.

India has reportedly shown a great deal of interest in acquiring the Broneboishchik for the country’s armed forces.