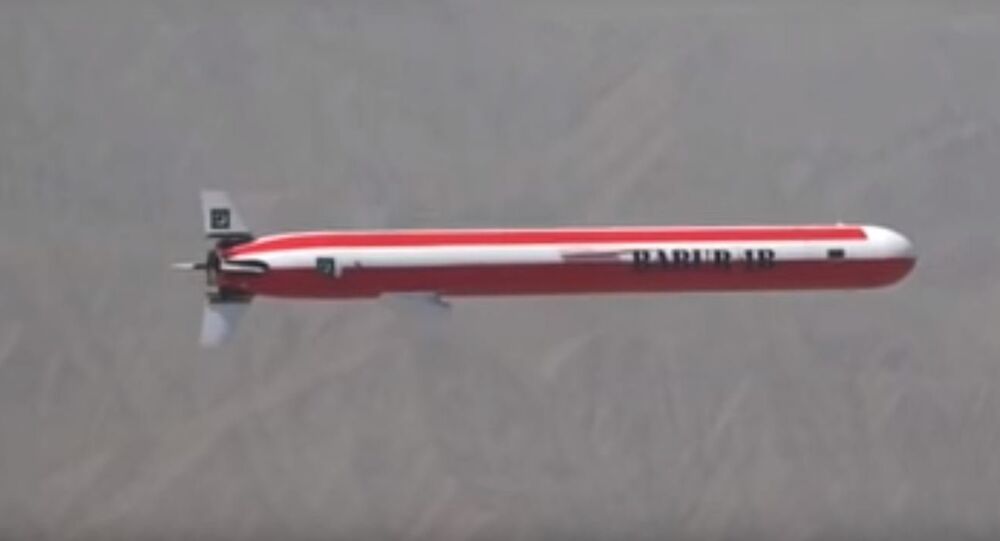 The ground-launched version of Pakistan’s family of Babur cruise missiles has carried out a successful test, according to a recent announcement by Pakistan’s Inter-Services Public Relations (ISPR).

In a statement released over the weekend, ISPR said that an enhanced-range version of the Babur-1 cruise missile can travel up to 700 kilometers (some 435 miles), has "certain stealth features" and can carry different types of payloads, including nuclear warheads.

The cruise missile is guided by Digital Scene Matching and Area Co-relation (DSMAC), a system that permits the missile to navigate even in the absence of global positioning system coordinates, "thus making it an important force multiplier in Pakistan's strategic deterrence," ISPR said.

According to the Diplomat, the US intelligence community assessed the first-gen Babur-1 land-attack cruise missile to have a range of roughly 350 km in 2013.

In January 2017, the Pakistan Armed Forces conducted its first successful flight of the Babur-3 cruise missile launched from a submarine. The indigenously developed projectile has a range of 450 kilometers.