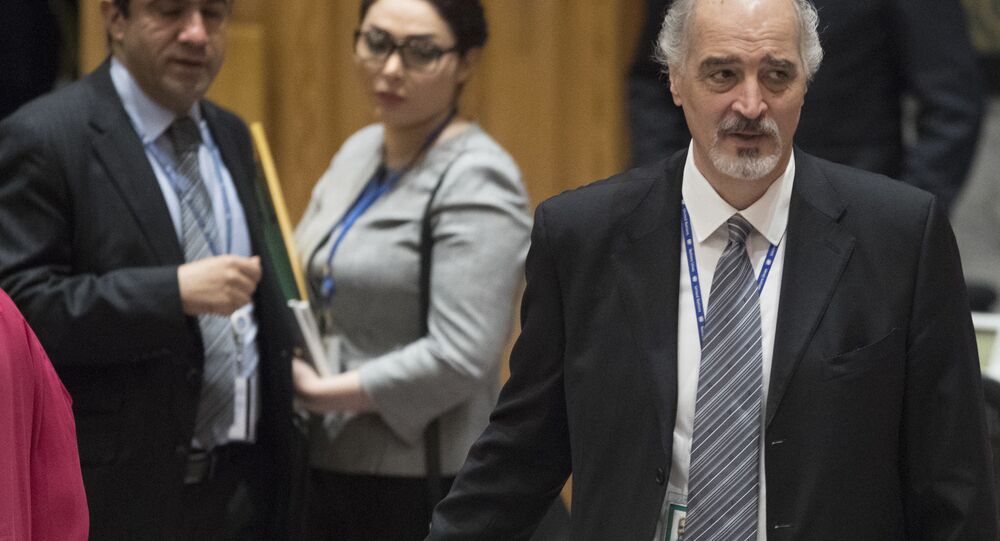 As US President Donald Trump is said to be considering a full scale ground assault against the Syrian administration of President Bashar al-Assad, the top UN official has decried the onset of a new global Cold War and warned against “full-blown military escalation” in the war-torn region.

© Sputnik / Mikhail Alayeddin
Syrian Army Declares Victory in Eastern Ghouta
Following air strikes launched at Syria by a US-led coalition including France and the UK as a response to a purported chemical weapons attack on civilians by forces loyal to Assad, United Nations Secretary-General António Guterres has warned that further aggressive moves by the West risk a "full-blown military escalation" in the region, according to the Independent.

UN chief Guterres also observed that the "Cold War is back with a vengeance," cited by The Guardian.

As fact and guesswork regarding who is responsible and what, precisely, occurred, are lumped together to justify the punishing predawn missile attack by the US and its allies on several locations inside Syria, one of the poorest nations in the Middle East again reels as its seven-year war continues, with no end in sight.

While addressing a fourth United Nations Security Council (UNSC) meeting this week regarding new developments in the Syrian war, Guterres stated that "increasing tensions and the inability to reach a compromise in the establishment of an accountability mechanism threaten to lead to a full-blown military escalation," cited by Euronews.com.

The UN chief asserted that belligerents must agree on a method to independently verify whether a chemical attack on civilians occurred on April 7, allegedly killing an estimated 60 people and injuring up to 500 in the Syrian town of Douma.

Guterres stated that, "the Cold War is back with a vengeance, but with a difference. The mechanisms and the safeguards to manage the risks of escalation that existed in the past no longer seem to be present," according to a report by the BBC.

In the course of a punishing seven-war war, Syrians continue to face a "litany of horrors," Guterres stated, while calling for a humanitarian pause in the ongoing conflict that has seen over 500,000 killed, 7 million displaced from their homes and more than 13 million at risk from starvation and lack of basic human needs including medicine, housing and drinkable water.

Large numbers of Syrian refugees fleeing the conflict have entered Europe, stirring a backlash of nationalism in several countries whose administrations have openly supported increased military actions in the war-torn Middle Eastern nation.