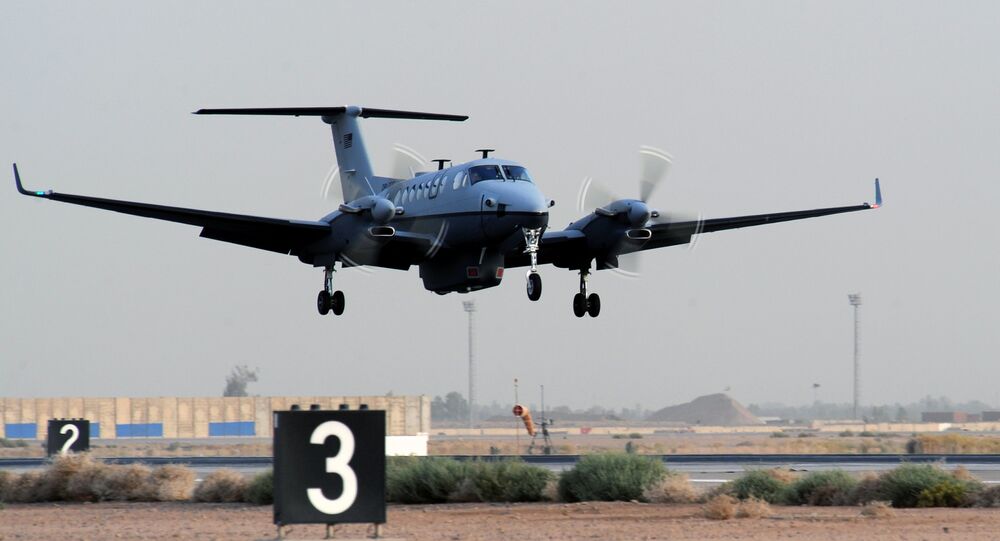 Edging Closer: US Spy Planes Reportedly Land in Crete Amid Tensions in Syria

As the United States and some of its allies threaten military action against Syria in the wake of an alleged chemical weapons attack, two aircraft, which reportedly took part in previous US-led invasions, have arrived in the Mediterranean region.

Two surveillance planes of the US Air Force have recently arrived at the Iraklion Air Station on the island of Crete, Skai TV reports.

According to the media outlet, the two aircraft in question – the MC-12S EMARSS and MC-12W Liberty – were previously employed by the US during its invasions of Afghanistan and Iraq.

© REUTERS / U.S. Navy
WATCH US Harry Truman Carrier Group Depart From Norfolk as Attack Looms
Earlier, the US government accused Damascus of allegedly using chlorine in the Syrian city of Douma and killing up to 70 people.

US President Donald Trump also blasted Russia and Iran for providing aid to the Syrian government forces and threatened to punish Syria for this alleged transgression with his "new and smart" missiles.

Several other countries, including the UK and France, echoed these accusations.

The Pentagon, however, claimed that this is a planned deployment, which was scheduled back in February.