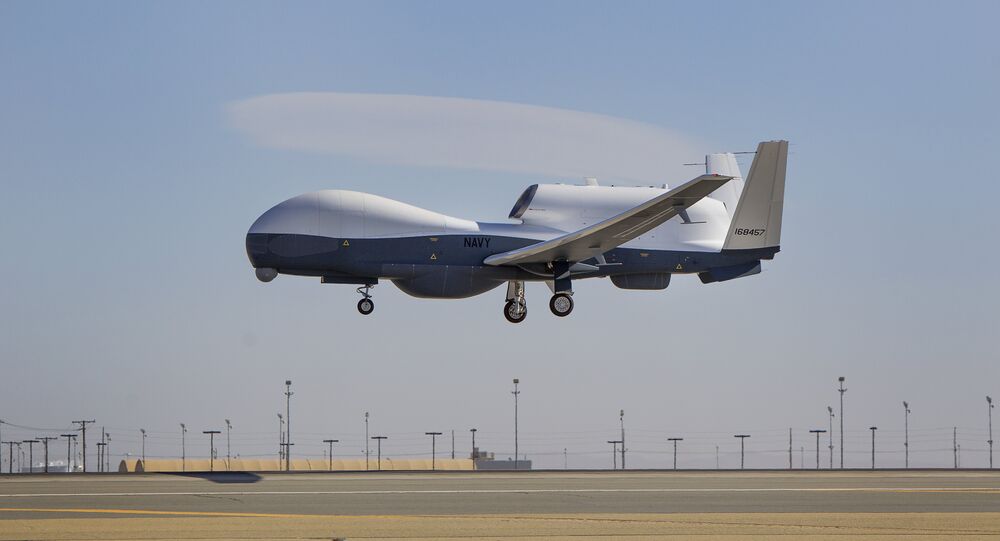 The US Navy is gearing up to deploy its latest high-altitude surveillance drone to Guam to monitor the vast Western Pacific Ocean in tandem with manned aircraft, according to a new report.

The addition of Northrop Grumman's MQ-4C Triton surveillance UAVs to the island territory comes at a turbulent time for the region. China is actively recapitalizing artificial islands and islet reefs in the South China Sea with new missile shelters and communication jamming equipment. Japan is installing new missile bases a few hundred miles from Chinese shores and the US and People's Liberation Army-Navy are taking turns displaying tremendous amounts of force in the strategic waterway.

Two Tritons will ship off to the military base at the US territory of Guam, Breaking Defense reported Tuesday. Developed off the US Air Force's Global Hawk, the Triton can fly 60,000 feet in the air and link maritime target data collected from its electro-optical sensors back to ground data centers.

"One of the main reasons that the Navy decided to fund Triton was to have that teaming arrangement, to be able to communicate back and forth between P-8s and the Triton aircraft," US Navy Captain Dan Mackin told the defense outlet, referring to P-8A Poseidon sub hunters.

"One of the things we'll do is pass information back and forth between the two aircraft and the situational awareness of the fleet will be enhanced. Both aircraft have the ability to do chat, so both crews will be able to communicate back and forth," Mackin explained.

Aircraft-to-aircraft communications recently became an issue for F-35 and F-22 pilots, who have limited means to communicate as a result of drastically different software systems, Sputnik News reported.