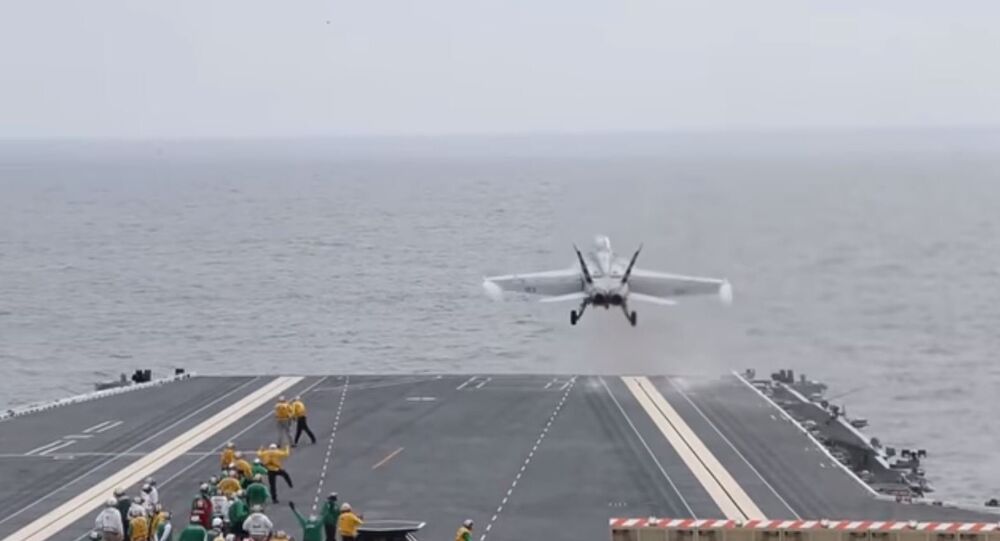 The Pentagon has decided that the flagship Ford-class aircraft carrier must undergo shock trials at sea before deployment, effectively overruling the US Navy’s proposal to skip the trials and deploy the carrier to provide some relief to the overstretched surface fleet.

The number-two civilian leader at the Pentagon, Deputy Defense Secretary Patrick Shanahan, wrote in a March 26 letter to the Senate Armed Services Committee that "We agree with your view that a test in normal sequence is more prudent and pragmatic." The two highest-ranking senators on the committee, John McCain (R-AZ) and Jack Reed (D-RI) opposed the Navy's idea and wanted the shock tests to proceed as usual.

The tests consist of detonating underwater charges near the carrier to measure the ship's survivability and reveal vulnerabilities that could make the difference in whether the vessel sinks or swims in live combat situations.

The USS Gerald Ford was completed behind schedule and over budget when it was commissioned in July 2017. It turned out to be the costliest ship the Navy has ever built, at a price tag of $12.9 billion. As has been reported, the Navy wanted to temporarily ditch shock testing in an effort to fast-track the ship into combat duty. As a workaround, the service floated the idea of putting the second Ford-class carrier through the trials instead and making any adjustments to the whole Ford-class fleet thereafter.

The Defense Department's Operational Test and Evaluation (OT&E) office pushed back against the Navy's plans, however, stating that there are so many new systems on the vessel that it wouldn't be prudent to bypass shock tests.

"There are four major new systems on this aircraft carrier," OT&E Director Robert Behler said in February: one for launching aircraft into the air, one for landing aircraft, one for detecting incoming aircraft and missiles and one for moving ordnance from the magazine to the aircraft via elevators.

"I think we have to know if those systems continue to work in a combat environment," the official said.

In total, the Navy anticipates acquiring three more Ford-class ships for about $55 billion, the Pentagon announced this week in the latest Select Acquisition Report (SAR) on major programs. Prior to the 2018 SAR, the Navy planned to pay around $43 billion for the remaining Ford-class carriers, Bloomberg reported Thursday.