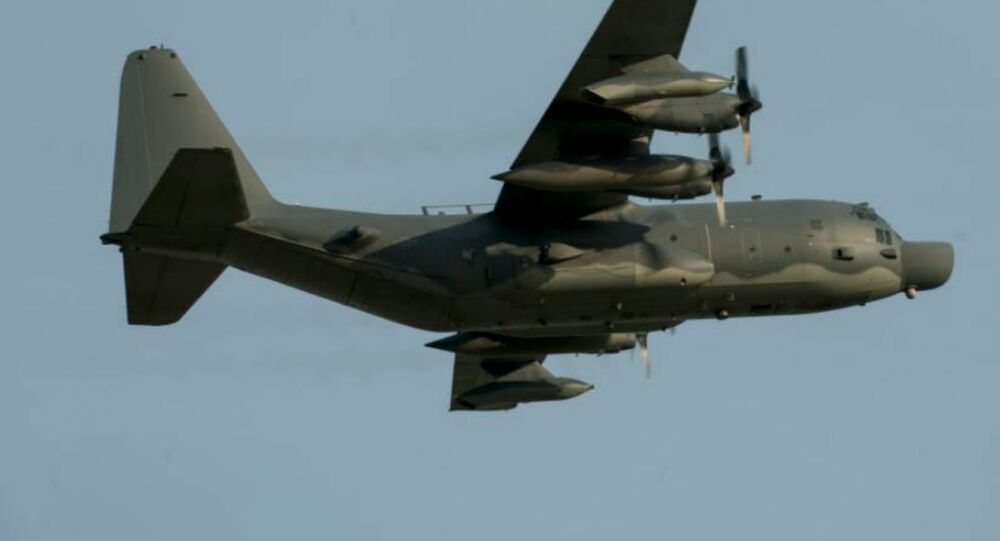 Recent footage captured by Defense News of the inside of a Lockheed Martin MC-130H aircraft model, which is specially designed for clandestine missions, has led to accusations that the US Air Force “allowed journalists to liberally film inside” the aircraft despite the branch’s attempts to tighten up security.

Defense News
Inside the MC-130H

According to an anonymous staff writer at PopularMilitary.com, the decision to allow Martin inside the plane was "a bizarre choice, considering the organization's recent public crackdown concerning operational security."

If you're an #avgeek and you've ever wanted to go in the cockpit of both an MC-130J and an MC-130H, here's your chance. Then read more here: https://t.co/mcvGNbB139 pic.twitter.com/DWrn8jzh8i

​The Popular Military report then pointed to US Air Force General David Goldfein's recent remarks in Washington that the Air Force has been getting "a little looser on the things we talk about." As a result, "we've done some very significant training, not only with our public affairs but also with our commander," the general told reporters in Washington March 29.

A memo went out to the service in early March directing personnel to stay tight-lipped about operational details when dealing with the press, Federal News Radio notes.

Given all this, how could the 353rd Special Operations Group at Kadena Air Base have allowed Defense News an inside look of one of its aircraft used for secret missions? The answer is pretty simple: everything contained in Defense News' video was approved for public release by the base's public affairs office.

"What's really funny about this is that the footage was recorded well before the Air Force's crackdown and that the unidentified ‘staff writer' didn't reach out for comment," Martin, the Defense News reporter, said in a tweet Tuesday.

​"All aspects of the video was approved by the 18th Wing and 353rd SOG PA," he noted, referring to the special operations group's office of public affairs. "Also, there was literally an Air Force PA [non-commissioned officer] over my shoulder the entire time while doing this," Marin added.

​To be clear, if the US Air Force Public Affairs team on-site was literally standing over the Defense News reporter's shoulder while taking the video, this was not an accidental exposure of sensitive information.