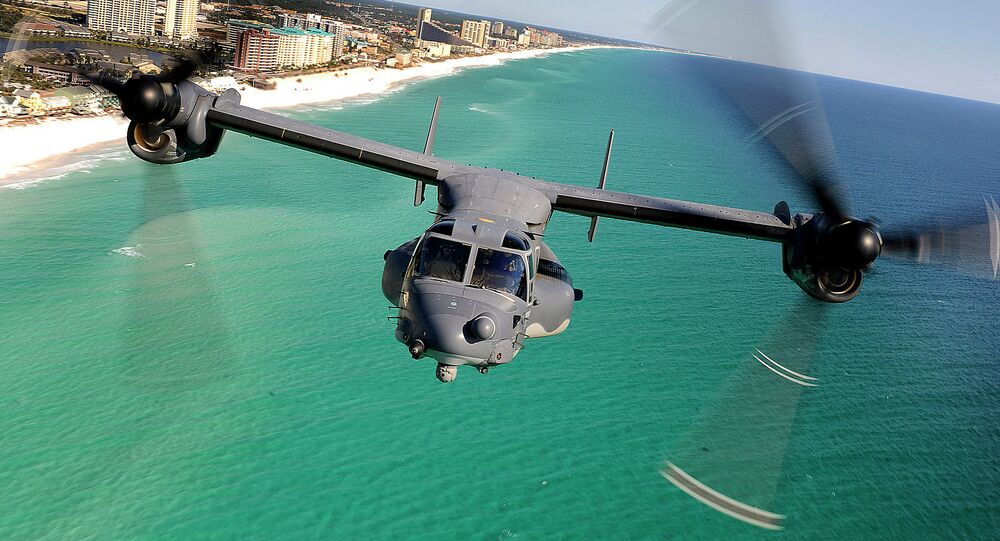 The US Air Force abruptly expedited a plan to deploy its CV-22 Ospreys to its Yokota Air Base in Fussa, Japan, on Tuesday, according to a new report.

About 10 Ospreys have been slated to operate out of Yokota starting in 2022, but on Tuesday US Forces Japan announced that five of the tilt-rotor aircraft would be arriving at the base by the end of the week.

The CV-22 Ospreys are the Special Operations Forces' version of the US Marines Corps' MV-22. The vessel is capable of taking off vertically like a helicopter and titling its propellers mid-flight to fly like a fixed-wing aircraft.

"They will be at the home of the [US Air Force's] 374th Airlift Wing briefly before leaving to train around the region for the next few months," US Forces Japan announced on Tuesday.

After training around the region, the CV-22s will return to Yokota Air Base where they will be stationed for several years, according to USFJ.

The MV-22 has already been stationed on Japanese territory, on the southern island of Okinawa. The aircraft has stirred controversy due to a track record of crashing and other miscues in Japan. The Japanese foreign and defense ministries said in a joint statement Tuesday that Tokyo and Washington will "work together to give maximum consideration of safety and minimize the effects on local communities."

Multiple US Osprey Aircraft Lift Off in Japan Hours After Clearance