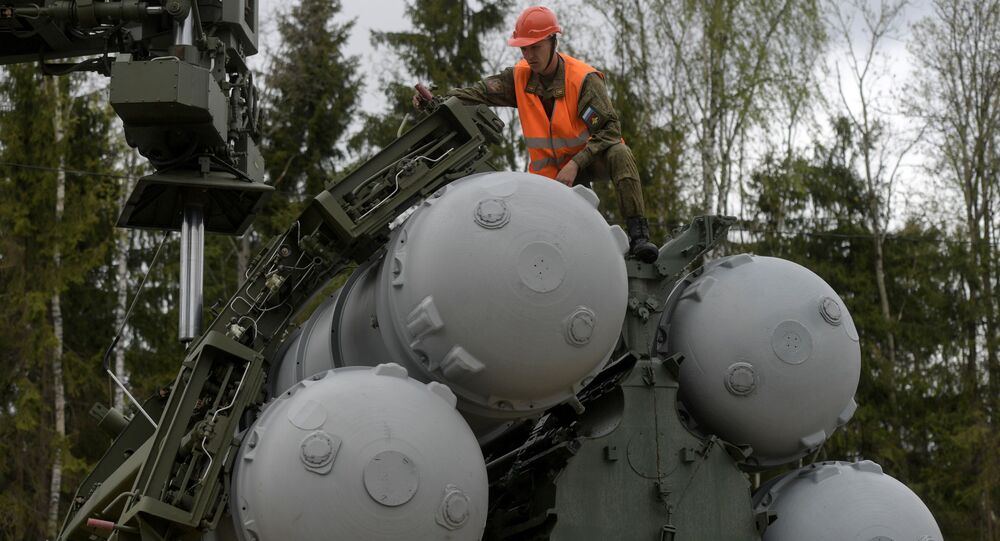 Russian President Vladimir Putin is going to start a two-day visit to Ankara at the invitation of his Turkish counterpart Recep Tayyip Erdogan. The two leaders are expected to discuss a number of issues, including the deliveries of Russian air defense systems.

"As you know, the Turkish side has raised this issue. [Russian Foreign Minister Sergey] Lavrov has already answered it. As I know we will take steps to meet this request," Kremlin aide Yury Ushakov said at a briefing answering a question on the possibility to decrease the time of delivery of the S-400 systems to Ankara.

The official stated that the presidents could also discuss the delivery of tomatoes to Russia during the meeting.

"The issue of tomatoes will definitely be discussed. Now we have a limit on a number of companies that could supply the Turkish tomatoes [to Russia], 12 companies are working with us, delivering this sort of agricultural products," Ushakov told reporters.

© Sputnik / Igor Zarembo
S-400 No More? Turkey to Discuss Purchase of Patriot System With US - Reports
In December 2017, Russia and Turkey signed a loan agreement on the purchase of Russian-made S-400 air defense missile systems. According to the deal, Russia will supply Turkey with four batteries of S-400s. The initial delivery of the batteries to Ankara is planned for the first quarter of 2020.

Russian-Turkish trade has been facing difficulties since 2016, when Russia introduced a food embargo against Turkey in response to the 2015 downing of a Russian aircraft over Syria. As bilateral ties normalized, the food embargo was partially lifted, but some restrictions, including those on tomato imports from Turkey, have remained in force. On November 1, Russia lifted the ban on imports of Turkish tomatoes, however introducing a quota of 50,000 tonnes.