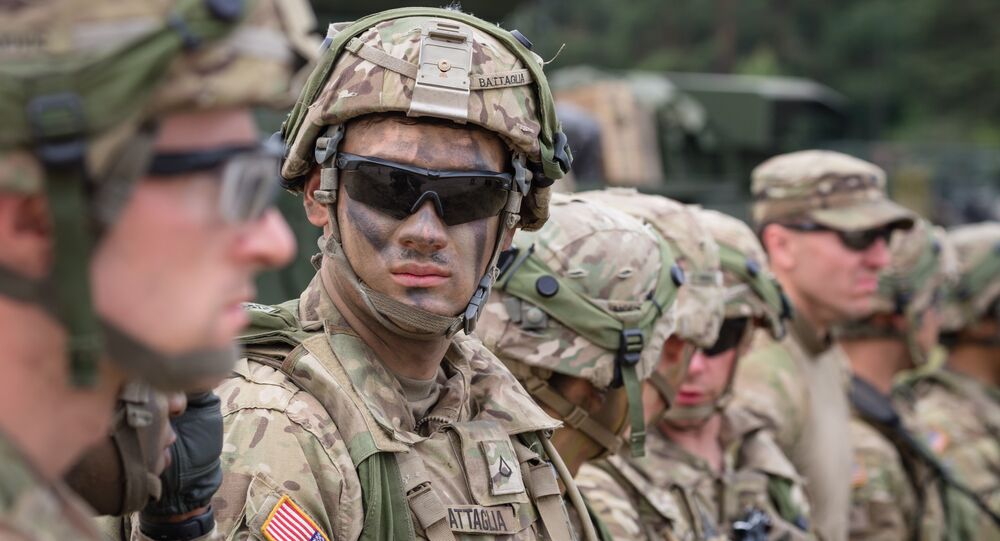 The US and South Korea started their annual Foul Eagle joint drills on April 1. Washington organizes many joint exercises around the world each year, but not all of them go smoothly. Sputnik has gathered some of the hilarious examples, when they didn’t go exactly as planned.

Who Needs Ammo? Gimme a Beat!

Successful military drills depend not only on military training, teamwork or a thorough combat scenario. Logistics also matter. The Republic of Mali's military obviously forgot that component, when they organized their drills in 2013. Later a video emerged, depicting numerous soldiers with the faces of true warriors, shooting hypothetical targets with no less hypothetical bullets and backing it up with a kind of a beatbox imitating gunfire.

It turned out that the hastily organized shooting range was not supplied with ammunition by the time the exercises started. And it also appears that some resourceful military chief decided not to waste any precious time waiting for the shipment and conducted the drills without them. Who needs ammo anyway, when you've got such diligent soldiers.

When Nature Itself is Against You

In a modern army, proper equipment and vehicles are also vital and drills are no exception. NATO troops learned that the hard way during the Trident Juncture exercises in 2015. The US and Portuguese militaries had to land on a coast, using hover crafts and engage with hypothetical enemy. They were lucky it was hypothetical, otherwise they would have been in deep trouble.

At first, the hover crafts failed to enter the coastal line on the first attempt — powerful breaking waves turned both boats back. But when they finally managed to do so, the HMVs wheels got stuck in the sand without even a glimmer of hope of completing their military assignment. Fortunately, the US and Portuguese had two LAV-25 armored transports that made it out of the beach and saved the day. Well, kind of. A real enemy would hardly have given NATO troops so much time to mend their mistakes, unless it died laughing.

The Russian military also face unpleasant surprises from time to time during their drills. Russian sunbathers were definitely surprised when a Zubr class hover craft boat (also known in NATO as "Pomornik") rolled out on a beach full of people near Russia's Kaliningrad on August 2013. No one was hurt, fortunately, and residents quickly started taking photos with the unexpected "guest." None of that confused the Russian soldiers, who continued to conduct their assignment, fending off bystanders at the same time.

Drowning Amphibious Tank? Been There, Done That, Bought the T-Shirt!

A lot of things can go wrong during military training and vehicle malfunctions are among the most widespread problems. For example, the US marines managed to drown an amphibious tank during drills in 2016, while they were crossing a river. At first the vehicle seemed to cope with its tasks, but sometime later, either due to malfunction or due to human error, the tank started to sink, along with its passengers, who managed to get out of it in the nick of time.

In what clearly looked like a human error is an incident that happened during NATO drills near Hohenfels base in Germany in 2016. The US 173rd Airborne Brigade Combat Team was performing an airdrop of both troops and vehicles, namely the HMVs. After the successful drop, the soldiers witnessed a rare sight of three Humvees dropping from the skies one after another slamming into the welcoming German ground, because they were poorly fixed to a parachute platform. At least those soldiers had fun, because the US military surely didn't as each of the HMVs cost roughly $200,000.

Regular Military Drills Between S Korea, US to Have Shorter Timeline - Reports