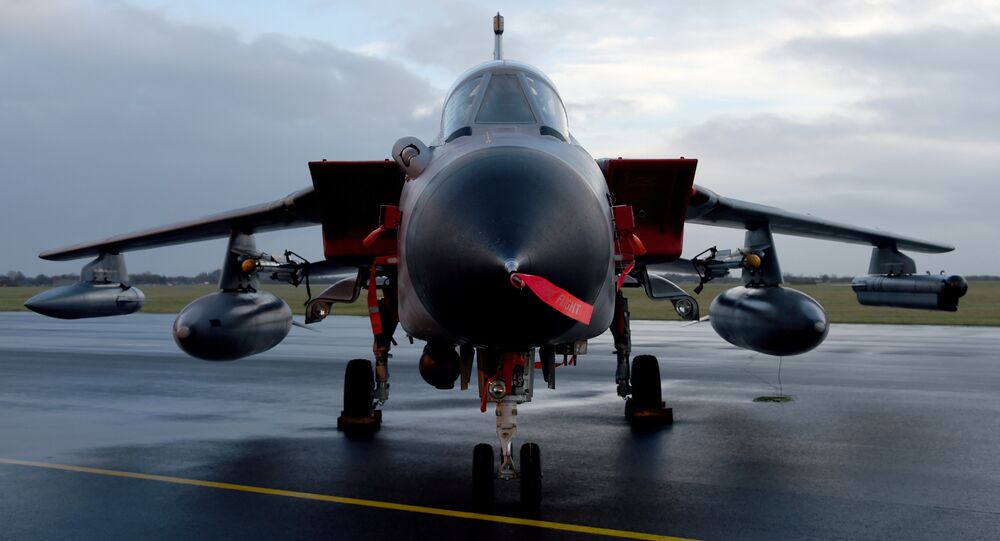 The technical condition of many jets leaves much to be desired as they are incapable of fulfilling operational needs within the military bloc, a report by the German defense ministry said.

All German Tornado aircraft are no longer capable of carrying out tasks within NATO due to outdated equipment, German magazine Spiegel has reported, citing confidential report of the German Defense Ministry.

According to the media outlet, the report has revealed many critical details. For instance, the electronics installed on all 93 Tornado planes in the 1980s are completely outdated. The jets are not sufficiently tap-proof and do not possess an encrypted communication system, which is mandatory in all international missions.

In addition, the aircraft has no friend-enemy detection system which is required in NATO operations in order to avoid erroneous attacks on allied jets.

The Defense Ministry is confident that in their current condition the jets should "no longer participate in any NATO operation." However, any modernization of the aircraft won't be complete until 2019, when new equipment within NATO operations will become mandatory.

Earlier, German Defense Minister Ursula von der Leyen had said that the aircraft was expected to be deployed at least until 2035, when a suitable replacement could be found.

Von der Leyen also acknowledged that the technical condition of many Bundeswehr combat systems do not correspond to existing and ever increasing operational needs. This, in particular, applies to helicopters, aircraft, tanks and ships.

Tornado planes are currently involved in an international mission to fight the Daesh terrorist group in Syria and Iraq.