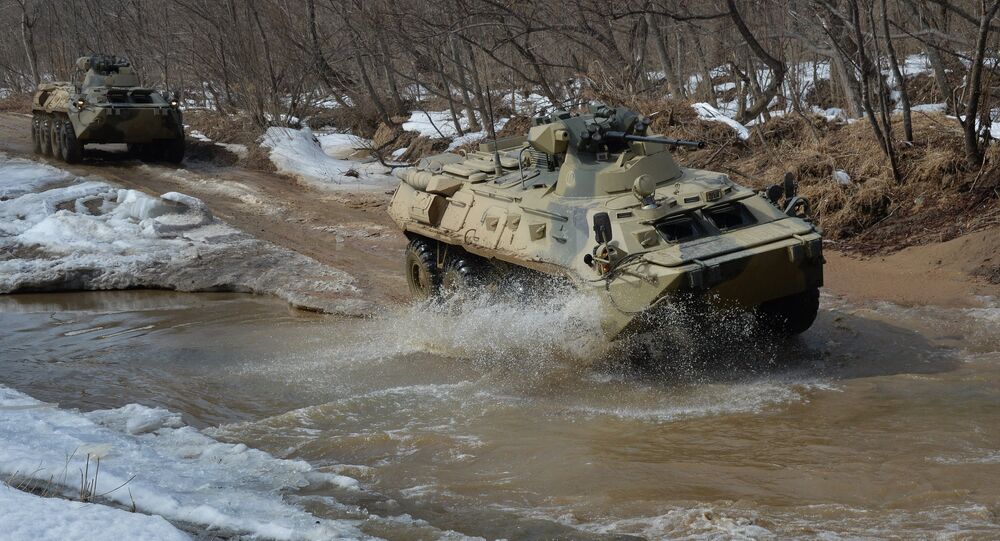 In a video which appeared on the web a BTR-82A armored vehicle is shown being floated by a landing ship.

The armored fighting vehicle of the Baltic Fleet’s Marine Force rolled off the ship’s forward ramp and headed towards the shore.

In a 2017 interview with the Izvestiya newspaper, the Military-Industrial Company’s General Director Alexander Krasovitsky said that even though the BTR-82A could “sail and fire” it was still being upgraded.

“After the BTR-82A was tested in different climatic conditions, I was instructed by the Defense Ministry to make 80 amendments to its design. For example, when it is sailing in choppy waters, visibility is hampered. That’s why we are making the periscope longer and the ‘wave shield’ bigger,” Krasovitsky added.

The BTR-82A is a dramatically upgraded version of the workhorse BTR-80 which entered service with the Russian Armed Forces in 2010.

The BTR-82A features a new weapons system with a 30mm autocannon supplied with a diplane stabilizer, better armaments, a more powerful engine and a new fire control system.