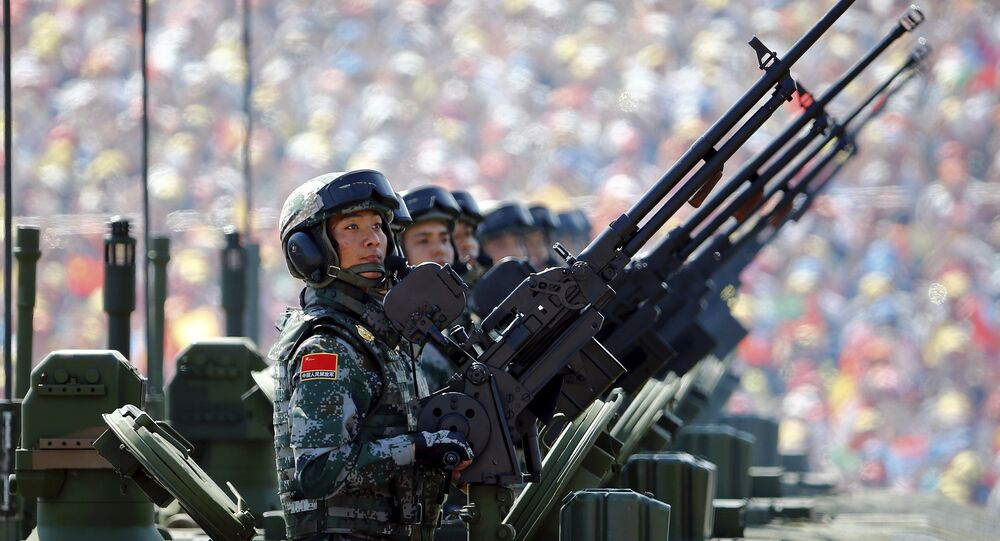 An editorial in China’s state-run Global Times has announced that Beijing “will and should” respond to US President Donald Trump’s signing of the Taiwan Travel Act on Friday with “military pressure.”

"China will and should take timely countermeasures against the US and all ‘Taiwan independence' secessionist forces through diplomatic and military means if US legislation that encourages high-level contact between the US and the island of Taiwan is implemented," the Global Times reported Sunday.

Xu Guangyu, a retired People's Liberation Army general, told the Global Times that "the passing of the act is a serious political provocation, as it has crossed the ‘red line' and will thoroughly undermine relations" between the People's Republic of China (PRC) and the US. Liu Weidong, a researcher with the Institute of American Studies of the Chinese Academy of Social Sciences, noted for the same article that China would have no choice but to respond to increasing closeness between Washington and Taipei with counter moves that will strongly affect the US.

The editorial warns ominously that "China's Anti-Secession Law provides a series of conditions wherein the Taiwan question is solved through non-peaceful means."

The bill is a "seemingly innocuous" measure that allows "senior officials to travel to Taiwan and vice versa," Thomas Shattuck said in an analysis on Sunday. Shattuck is a research associate at the Foreign Policy Research Institute, a think tank headquartered in Philadelphia, Pennsylvania.

Beijing firmly opposes any country elevating relations with Taiwan and this stance is especially true for US-Taiwan relations, since Beijing claims this violates the "One China" principle, Shattuck noted.

The government of the People's Republic of China in Beijing has, since the end of the Chinese Civil War in 1949, maintained that Taiwan is not a separate country from the PRC but rather a rebellious province, the last stronghold of the Republic of China that governed all of China from 1912 until the communist victory in 1949. While the government of Taiwan has not officially declared independence from the PRC, its de facto political autonomy is something Beijing has long struggled to force other governments not to endorse.

On Sunday, Chinese Defense Ministry spokesperson Wu Qian told reporters that "the Chinese Armed Forces are resolutely against the Taiwan Travel Act signed on March 16. This is a clear violation of the 'One China' principle and the provisions of the three US-Chinese joint communiques. This is a direct interference into China's domestic affairs harming the relations between the military forces of two countries."