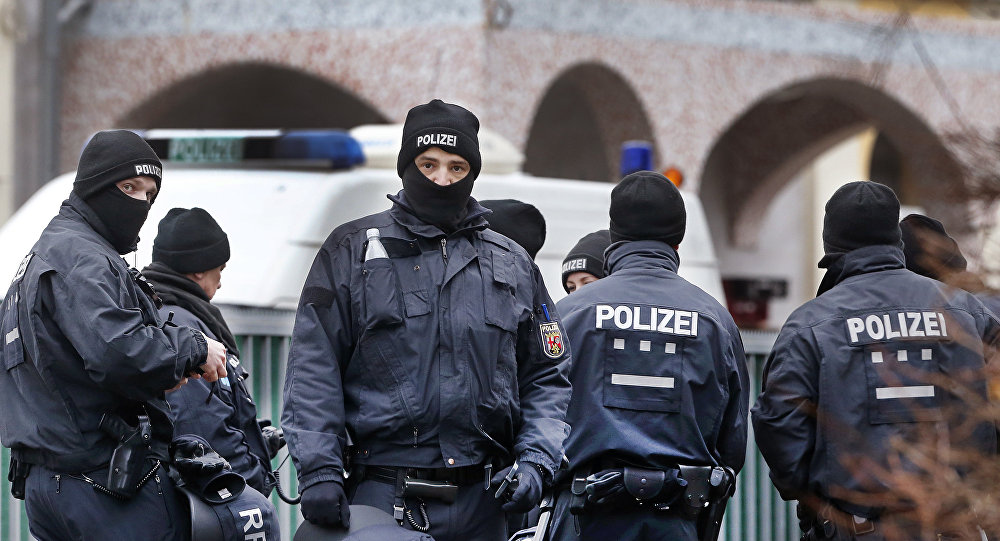 The terrorist attacks over the past few years have fueled concerns across Europe that terrorists are masquerading as refugees to infiltrate the continent.

German prosecutors have charged a 20-year-old Syrian migrant of plotting a major terror attack and of having links to Daesh.

“According to the defendant, he planned to kill at least 200 people in addition to earlier IS [Daesh*]-sponsored attacks in Europe. He deemed it important to create an atmosphere of fear and uncertainty among Germans,” the Federal Prosecutor’s Office said in a press-release on Thursday.

According to the investigation, “inspired” by jihadist ideas and Daesh ideology, the suspect, whose name is mentioned only as Yamen A., started planning an attack with explosives during a major public gathering in July 2017.

© AFP 2019 / PAUL ELLIS
Attack in Manchester Strengthens Germany's Resolve to Fight Terrorism - Merkel
The statement makes no mention of exactly where and when the suspect planned to attack, saying only that he had learned from the Internet how to assemble a detonator and make an explosive device from hydrogen peroxide, sulfuric acid and acetone.

It added that the Syrian had started buying components and chemicals for the explosive device in late-July, 2017.

Federal prosecutors launched a preliminary probe into Yasen A. on October 21, 2017. The Syrian was arrested on October 31, 2017, and has since remained in police custody pending trial.

A wave of terrorist attacks, Islamist-motivated ones in particular, has hit several European countries, including the United Kingdom, France, Sweden and others, in recent months.

“The EU is facing a range of terrorist threats and attacks of a violent jihadist nature, from both networked groups and lone actors. The attacks in Brussels, Nice and Berlin in particular, with explosives (Brussels) and vehicles (Nice and Berlin) were used to randomly kill and wound as many people as possible,  and again demonstrated the harm jihadist militants are able and willing to inflict upon EU citizens,” Europol said in its 2017 “Terrorism Situation and Trend Report.”