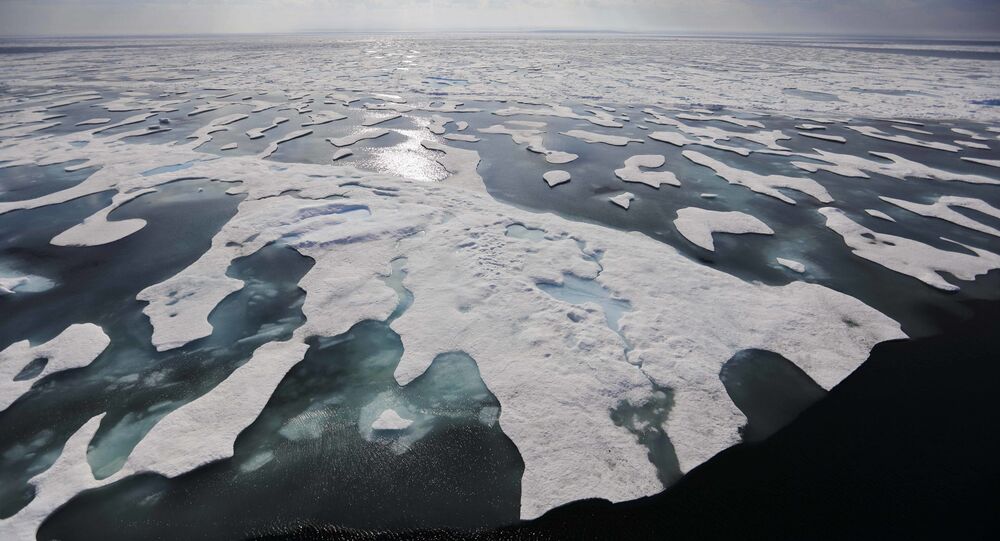 WASHINGTON (Sputnik) - Two American and one UK submarines on a military exercise in the Arctic are being supported by a temporary base on a moving sheet of ice that includes a dining hall for 50 staff, a runway for fixed-wing aircraft and toilets designed to protect the region’s fragile ecosystem from the impact of human waste.

"The advantage of having a camp on the ice floe is to provide a stable platform to deploy a tracking range, sensors and test equipment for the exercise," Arctic Submarine Laboratory Director Larry Estrada said on Wednesday. "For this year's exercise, the Navy needed a large and very stable ice flow to support the tracking range and a fixed-wing runway,"the US Navy said in a press release.

Youtube / Sputnik
Take a Deep Breath and Enjoy Mig-31, Su-24 Drills in the Arctic
In addition to its command and control capabilities, the temporary camp houses a galley capable of feeding more than 50 people, a medical bay for potential injuries, a diving shelter torpedo recovery, basic lavatory infrastructure and warm storage for science experiments and gear that should not be frozen, the release noted.

After completion of the exercise and departure of the submarines, the Navy and team members from University of Alaska Fairbanks and Ukpeagvik Inupiat Corporation will dismantle the camp and return the site to its original condition, the release said.

Nations bordering the Arctic, including the United States, Russia and Canada, are actively seeking ways to develop vast energy, mineral and fishery resources that are believed to lie beneath the ice.

Impudence Wins: Arctic Fox Returns to Fisherman to Get Fish, Brings Its Friend