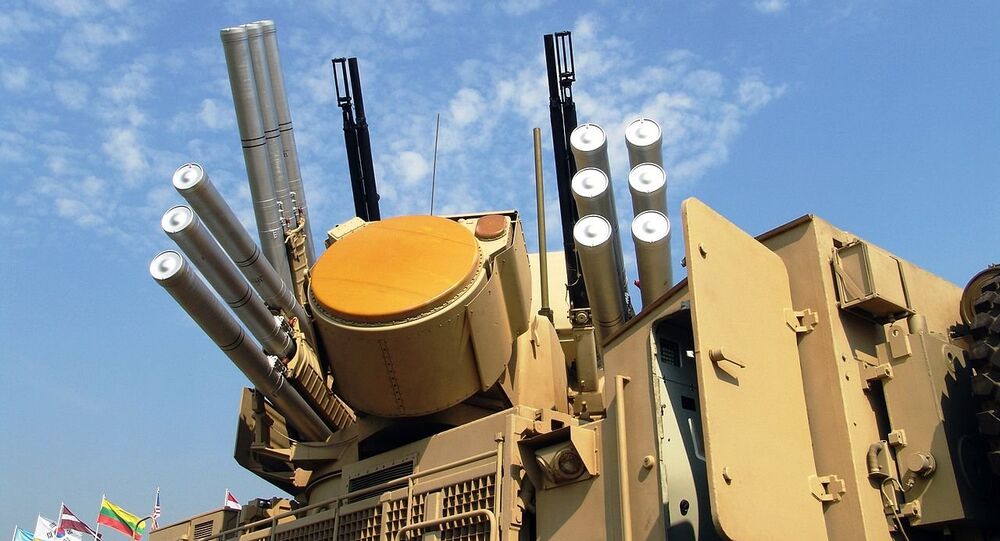 Moving at more than five times the speed of sound and able to maneuver in unpredictable patterns previously unthinkable at high velocities, hypersonic weapons are poised to change the face of modern warfare.

According to the official, who was speaking on condition of anonymity, the addition of hypersonic missiles will result in a three-fold increase in the system’s effective range, bringing it to 60 kilometers (37 miles) from 20 kilometers (12.4 miles) now.

© Sputnik / Mikhail Fomichev
Army-2017 Forum Visitors to See Pantsir-S Missile System in Action
The Pantsir system, which has been successfully used in Syria, is designed to protect critical infrastructure against airstrikes as well as against sea and ground attacks.

The Pantsir has been recognized by the US as an ideal weapon against virtually all existing UAVs.

In its present configuration, the 30-ton Pantsir system is capable of engaging airborne targets up to 20 kilometers (12.4 miles) away and moving at altitudes of up to 15 kilometers (9.3 miles).

The system is also equipped with dual 30 mm autocannon guns with an effective rage of up to 4 kilometers (2.4 miles).