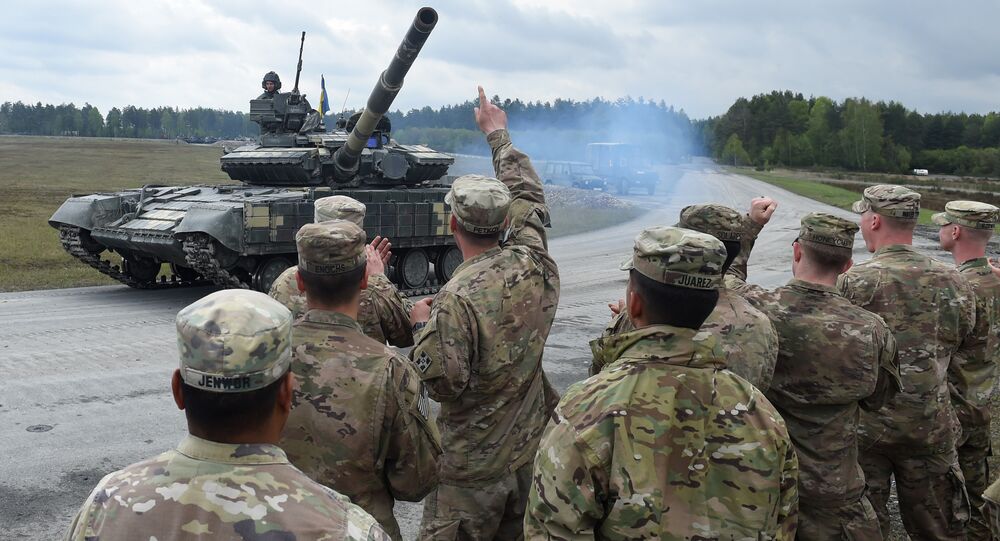 "Given their modernization, the pace that it’s on … we have to maintain our modernization that we’ve set out so that we can remain dominant in the areas that we are dominant today… If we were not to do that, I think that their pace would put us certainly challenged in a military domain in almost every perspective by, say, 2025," Scaparrotti said in congressional testimony on Thursday, as quoted by the Defense One magazine.

© Sputnik / Grigoriy Sisoev
President Putin Reveals Two Cases When Russia Can Use Nuclear Weapons
The statement comes amid address of Russian President Vladimir Putin to the parliament, which took place on March 1. In his speech, Putin said that the Russian strategic nuclear forces had received 80 new intercontinental ballistic missiles, 102 submarine-launched ballistic missiles and three Borei-class ballistic missile submarines. In addition, Putin pointed out that over 300 new pieces of military equipment had been received by Russian forces since 2012.

Moscow has stated on numerous occasions that all the work being done to strengthen Russia's defense capabilities was in compliance with the country's obligations under international agreements. According to the Russian leadership, the development of new weapons does not pose any threat to foreign states and is a necessary measure given the deployment of the US missile defense systems around the world and, in particular, near the Russian borders.

Meanwhile, in early February, the US Department of Defense issued its Nuclear Posture Review (NPR). The document said that while the United States was reducing its nuclear arsenal, China and Russia were taking efforts to build on their nuclear weapons. In order to discourage both Russia and China, Washington has called for its nuclear deterrent to be strengthened.