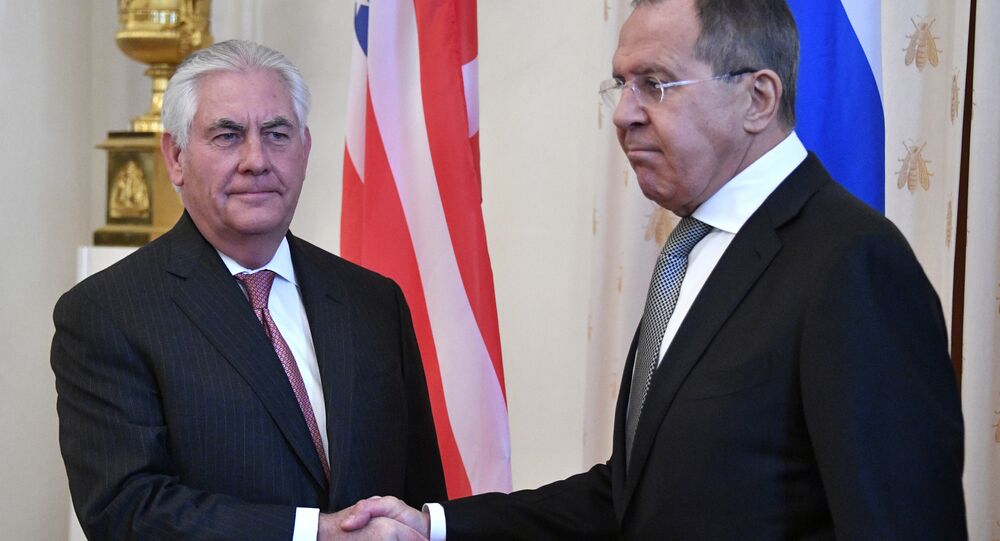 WASHINGTON (Sputnik) - US Secretary of State Rex Tillerson should start a new round of strategic talks with Russia as soon as possible in the wake of Russian President Vladimir Putin's recent announcement of new nuclear weapons, US Senators Bernie Sanders, Dianne Feinstein, Ed Markey and Jeff Merkley said in a letter.

"A US-Russia Strategic Dialogue is more urgent following President Putin’s public address on March 1st when he referred to several new nuclear weapons Russia is reportedly developing including a cruise missile and a nuclear underwater drone, which are not currently limited by the New START treaty, and would be destabilizing if deployed," the letter to Tillerson said on Thursday. "The United States should urgently engage with Russia to avoid miscalculation and reduce the likelihood of conflict."

© CC0
No Talks on New START Treaty Between Russia, US Underway - Moscow
Recently, Russian president Vladimir Putin unveiled the next generation of nuclear missiles, which are capable of circumventing and overcoming Washington's missile defence measures.

Putin also said that the US military build-up would eventually render Russia's nuclear arsenal pointless unless Moscow acted, noting that Moscow had tried to convince Washington not to violate the anti-missile defense treaty, but all this had been in vain.

Where Did the Russian Missile Hit? Twitter Users Find Alleged Target on the Map