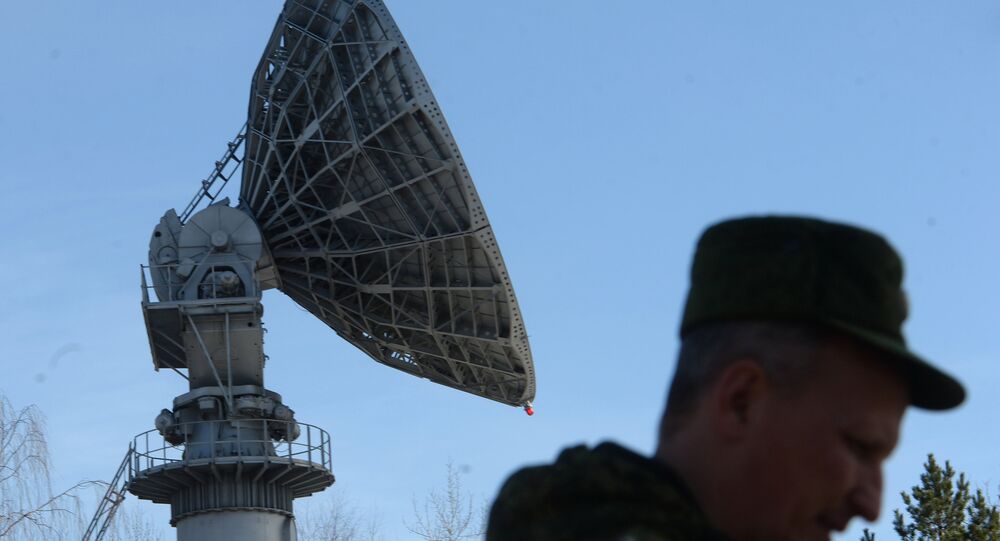 The Russian military's announcement comes just two weeks after remarks by US Air Force top brass that America must prepare to fight and win wars in outer space.

"Only with support from space will it be possible for the Armed Forces to reach maximum effectiveness. Therefore, we are paying special attention to this area," Shoigu said, speaking in a conference call with representatives of the rocketry and space industry.

"The Russian president has repeatedly stressed that our army and navy must not only meet the requirements of today, but to be prepared for tomorrow's means of conducting armed struggle. The solution of this problem doubtlessly depends directly on the availability of a modern orbital constellation of military satellites," Shoigu added.

© AFP 2019 / NASA
Pentagon to Pour Extra Money in Hypersonic Weapons as Putin Reveals New Arms
According to the defense minister, the subject of his meeting included the production of the Pion-NKS, a next-gen radio surveillance satellite, and the Bars-M, Russia's newest electro-optical area surveillance satellite. The defense minister noted that the A.I. Berg Central Science & Research Institute of Radio Engineering and the Progress Rocket Space Center are engaged in the development, manufacture and modernization of Russia's rocket and space technology.

Shoigu's announcement comes just two weeks after the US Air Force declared that it was putting "tremendous emphasis" on preparations for space warfare. Late last month, US Air Force Chief of Staff Gen. David Goldfein said he believed that America was "going to be fighting from space in a matter of years." Accordingly, the commander said, it was "time for us as a service, regardless of specialty badge, to embrace space superiority with the same passion and sense of ownership as we apply to air superiority today."

Last week, in a speech to lawmakers, Russian President Vladimir Putin showed off a series of advanced missile weaponry designed to preserve the global strategic balance amid Washington's deployment of components of its missile defense system along Russia's western borders and in East Asia.