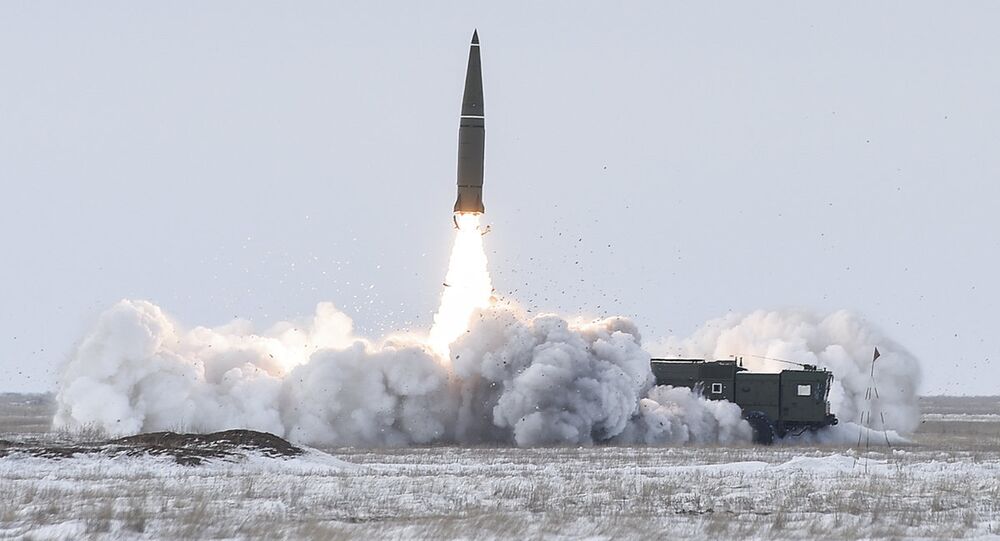 The Iskander-M is Russian short-range ballistic missile system, equipped with supersonic, guided nuclear-capable missiles which have a range of up to 500 kilometers and are fully controlled at every stage of their flight path.

The Russian Defense Ministry has reported a successful test-launch of an Iskander-M missile, which took place at the Kapustin Yar firing range in southern Russia's Astrakhan region.

"Fired at a range of more than 100km, the missile is aimed at a target simulating the command post of a conventional enemy. The target was destroyed with a high degree of accuracy," the ministry said.

The Iskander-M missile launch became the final stage of the tactical drills for Russian servicemen based at the 60th training center for the combat use of missile forces.

READ MORE: Why Russia's Iskander Missiles Are 'Guarantors of Power Balance in Europe'

The Iskander-M is one of Russia's newest high-precision weapons, which entered service at the country's armed forces in 2006. Its supersonic, guided nuclear-capable missiles, ranged at 415-500km, can be independently targeted in seconds, and are fully controlled at every stage of their flight path.